A young, reluctant hero trained by a wise master, but still unsure of their abilities is suddenly thrust into a situation where they must 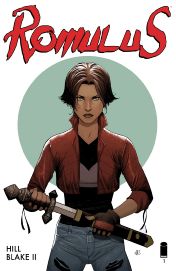 defend the world as we know it from a powerful clandestine organization. While this classic trope has been through the ringer, the magic of a book like Bryan Hill and Nelson Blake II’s Romulus is that there is enough of a twist put on all the familiar trappings to make it seem new and fresh.

In the world of Romulus, the young and reluctant hero is a young woman trained since birth to be a killing machine. The master is her similarly trained mother and the clandestine organization is the secret society they previously served but have now gone rogue against.

This backdrop and particularly the way it is expertly broken down in the first few pages of the book take a familiar set up and give it a vibrant freshness filled with drama and suspense in one particularly top notch action sequence.

Hill’s intelligent script is given life by the very attractive artwork of Nelson Blake II. There is no separate colorist credited as far as I saw, so it is assumed Blake is responsible for both the artwork and the colors on the book. This is very fortunate as the hues used and subtle use of shadows and lighting combine to create a bold and distinctive look that might have been lost with an outside colorist.

Peteri’s letters complete the impressive package, clear and expressive with a look that appears as if done by hand for the dialogue and captions. This gives a bit of personality to the work. 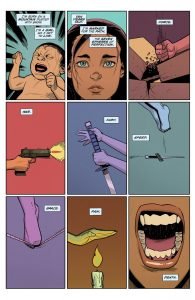 The effects, almost certainly done by computer, also stand out. Visually expressive, they nevertheless utilize the same flat coloring style as the art, so there’s a perfect mesh between the two. This utilization of color also helps bring key moments to life- the “whuff” of a dodged blade swing, or the “shinng” of a drawn combat knife almost blend into the backgrounds while the contrasting colors on the “crack” or “whokk” of a thunderous punch elevate the action of those scenes.

Having been backed by what appears to be a strong marketing campaign, there’s a good chance you’ve seen one of stark ads for the book on your favorite comic. If you’ve wondered what this marketing campaign all about, do yourself a favor and look for this book. You will not be disappointed. 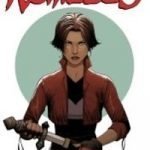 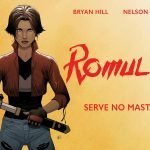 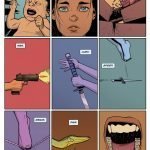 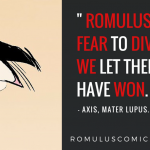