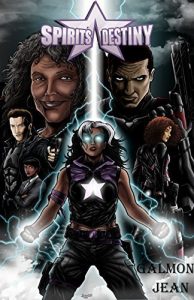 Promising the debut of an exciting new female heroine of color (Haitian-American), opening with a balls-out action scene, and introducing an interesting cast of characters, Spirit’s Destiny #1 offers just about everything one could hope for from a new superhero title except for, well, the actual hero. Nevertheless, there is enough here to entice and bring readers back for more.

The brainchild of creator Dorphise Jean, Spirit’s Destiny is a great example of a creator using their own experiences to bring true diversity to the world of comics with strong characters of varied backgrounds. Something like the lead character’s grandmother lapsing into her native Haitian-Creole while the younger members of the family appear to be more comfortable conversing in English feels, natural and real.

All in all, Jean and Knight tell an intriguing story here with lively and fresh dialogue throughout. While multiple artists are used throughout this single issue, the styles do not clash at all, and one could almost be fooled into thinking a single artist tackled the entire project.

Upon close inspection I find Galmon’s work featured in the first 20 or so pages stands out as the most polished, but again, the remaining work is close enough that there is no real drop off in quality. Aside from a few typos the lettering is spot on, very clean and concise. The colors are excellent with a very atmospheric feel that does a great job of setting the mood from scene to scene.

While Marvel’s Ms. Marvel is something of a gold standard for the establishment of a new heroine of color with a unique vantage point, Spirit’s Destiny is a solid independent offering that is just as worthy of attention. Even as the heroine is not fully introduced in this debut issue, there is nevertheless enough action, intrigue and character building to bring readers back for more. Do yourself a definite favor and check out this book. You will not be disappointed. 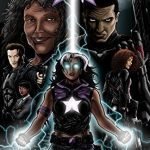 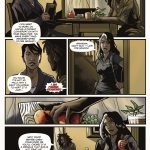 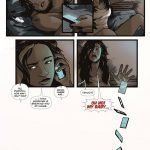 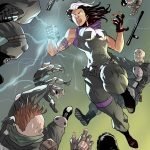 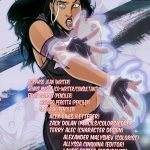