Black comic books are at an all-time high and we love it. However, there are some that need more time and practice or direction, and then there are some that create awesome content. One example of the later is publisher Arclight Comics with their first issue of The Passing. This issue is a quality piece that has all the “fixins”, when it comes to a comic book. The art is well drawn with lively coloring that helps to give this issue an authentic feel.

The Passing is told skillfully and, in a manner, that readers can follow. It also provides a new take on legends of old and gives them a modern feel while addressing a lot of issues that we are facing today, including racism and discrimination.  It covers what would appear to be the beginning of a multiverse created with a purpose. The main characters seem to be John Henry, the old myth about the man who beat the machine that was coming to take his place on the railroad. A few other characters referenced were Paul Bunyan and Calamity Jane.

Artavious Cartwright is a new hero that is introduced who is represented as a plus size Black man and is chosen for a great calling. These heroes are called to fight against the unseen forces of darkness and have been given special powers that aid in saving humanity from this threat. It even plays on the fact the some of the villainous figures in the past may have been under the influence of this darkness such as Adolf Hitler, Osama Bin Laden and Jane the Ripper, the female version of Jack the Ripper. This twist on the actual figures in history gives the comic even more of a draw because it is not the same old hero and villain formula that we have all been conditioned to accept. The story focuses on the current evil of racism by focusing on the fear and danger that is involved with Black youth being stopped by white officers. The story uses that as an earmark for the profuse need for heroes like these in our everyday world.

This comic has the potential to become a long-awaited story that everyone can relate to and feel a part of. It keeps the reader intrigued and wanting to know what is going to happen next. A big interest for me is more information on where this darkness came from and why is it here. Not to mention who is the main villain behind it all.  If these are just a few of the characters that we must look forward to, who knows what may be waiting in the wings to dazzle readers and get them even more invested in the story. I personally cannot wait until the next issue comes out. I would like to get to know these characters and even the villains more in depth as well as to see who they have become with their new powers and new purpose. 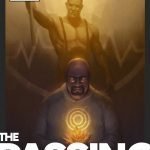 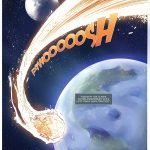 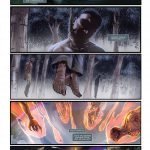 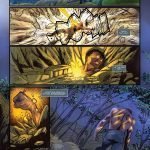