THE NEXT LEVEL FOR DIVERSITY IN FICTION 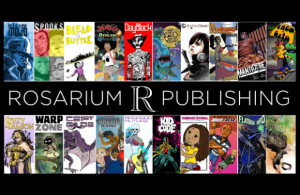 GREENBELT, MD April 4, 2016 – Independent multicultural novel and comic book publisher Rosarium Publishing announced today that it is raising funds via a crowdfunding campaign to help pay for production of a minimum of 10 more titles this year. The campaign, entitled Rosarium Publishing: The Next Level, has set out to raise $40,000 on Indiegogo to cover the costs of offset printing and marketing of fiction books Rosarium’s produces in the children’s, science fiction, crime, steampunk, satire and comics genres.

Rosarium Publishing was founded in 2013 by scifi/fiction writer Bill Campbell with one goal: to bring true diversity to publishing so that the high-quality books and comics his company produces actually reflect the fascinating, multicultural world we truly live in today. The fledgling company independently publishes science fiction, crime, steampunk, satire and comics. 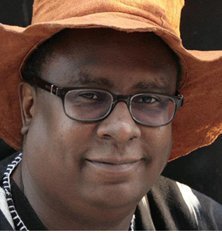 “I believe it’s imperative that people are able to tell their own stories. They can build their own tables rather than ask for a place at the table.” –  Bill Campbell, founder, Rosarium Publishing

In just 3 short years, Rosarium has been able to produce several critically-acclaimed projects such as Mothership: Tales from Afrofuturism and Beyond, Stories for Chip: A Tribute to Samuel R. Delany, The SEA Is Ours: Tales of Steampunk Southeast Asia, and APB: Artists against Police Brutality; many of their titles are a being read in high school and college classrooms across the country and the company has been mentioned, reviewed, and featured in literary publications such as Publishers Weekly, Chicago Tribune, Library Journal, Locus, Boston Globe, Washington Post, countless websites and blogs as well as The New York Times. Projects such as the indie comic DayBlack  and the crime novel Making Wolf have also won literary awards.

Rosarium has been able to accomplish all this through hard work, fan support and print-on-demand. Rosarium, whose books are now distributed to stores by IPG, has been so successful that demand has now dictated that a switch to offset printing is now necessary to get more of their work to the masses sooner and that is where their new crowdfunding campaign comes in. With the success of the Rosarium Publishing Indiegogo “The Next Level” campaign, they will be able to print thousands of books and continue their mission to further their quest for diversity in publishing with the high quality of work they are known for. You can also find Rosarium Publishing titles at Amazon, Barnes and Nobles, Comixology and PeepGame Comix.

To contribute to the Rosarium Publishing: The Next Level Campaign go to http://bit.ly/rosariumpub

For more information about Rosarium Publishing’s other titles go to http://rosariumpublishing.com 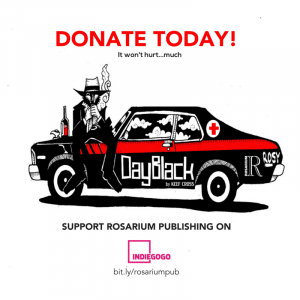 Article Topics: APB: Artists against Police Brutality | bill campbell | Mothership: Tales from Afrofuturism and Beyond | rosarium publishing | Stories for Chip: A Tribute to Samuel R. Delany | The SEA Is Ours: Tales of Steampunk Southeast Asia