Why Sleight had the best superhero origin story
0 Comments

Sleight , a story written by J.D. Dillard and Alex Theurer, is a film about a street magician named Bo ,played by Jacob Latimore.  In the story Bo cares for his younger sister by performing street magic during the day, and at night by selling drugs to rich white people. At a certain point though, Bo meets a girl and tries to get out of the drug dealing business.  When his attempt fails he finds himself running from the drug dealer he worked for.  Things go way beyond his imagination when he develops super abilities which allow him to resist the drug dealer and end his relationship with him.

First, Bo created his powers on his own.  He only bounced ideas for his abilities off of his teacher later on in the film.  Unlike Falcon whose wings were made by Wakandan technicians, Misty Knight whose arm was made by Iron Man, or War Machine who wears an old Iron Man suit, Bo creates an electromagnet  device which he uses in his sleight of hand tricks.  If it breaks it he can fix it.  He doesn’t have to go to someone else for help.

Secondly, Bo didn’t get his powers by magic or anything cosmic.  Superheroes usually get their powers from accidents like Peter Parker being bit by a radioactive spider, or Meteor Man who was affected by a meteor. Even another hero I like Static Shock received his powers from being subjected to a chemical gas. Bo invented the device that gave him powers.  When superheroes create their powers or the device that gives them their abilities, its sort of like in a Kung Fu movie when the hero trains really hard to become a master.  Developing your own powers is more believable and cooler. 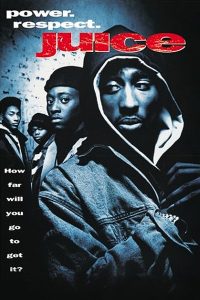 Finally the real world backdrop in Sleight helps to push it over the top. The setting was like a scenario where a kid in our real world might wish he might have powers in. Think about movies like Juice or Menace II Society, and how one of the characters in those films might react to someone having super abilities as in Sleight. The setting, like those movies, wasn’t a cartoonish world like say Batman ’66 or Meteor Man. The gangsters/ antagonists in Sleight were real like in any crime drama that you might come across in certain more grounded movies or TV today.

This is a new type of superhero, one that as a Black person I can relate to more.  Its not necessarily the crime element or the drugs that are involved that make it more relatable, because a lot of super hero origin stories have crime.  For god’s sake they are crime fighters.  Luke Cage on Netflix and the movie Attack the Block were steps in the right direction in.  Movies like Sleight are good when we still live in a world where a common belief is that certain superheroes don’t represent our segment of the world. For instance, I remember the comedian Arnold Acevedo had a joke where he said Batman never came to his hood.

A heroes origin shapes their mission.  Bo was against violence.  He didn’t like having to deal drugs, but like many kids he didn’t know another way.  Now, with his powers and the experiences you have hope that he will clean up his community.  With Bo on the case the streets will possibly be free of drug dealing, and he might even become a new hero for the African American child. Now we have heroes that come from our neighborhoods on the big screen who are independently saving the day.

Jeff Carroll lives in South Florida, with his wife and son.  He is a writer, a filmmaker, and owner of Hip Hop Comix N Flix.  He enjoys writing Sci/fi, Horror and fantasy stories with lots of action and a social edge.  He has written and produced 2 films, his second film was Gold Digger Killer won 3 film awards including BEST Picture at the International Hip Hop film festival.

His short stories have appeared in both, The Black Science Fiction Society’s anthology and their magazine as well as The City: A Cyberfunk Anthology, a collaborative anthology by the State of Black Science Fiction. Jeff also produces The Monster Panel a traveling sci-fi panel which features writers of color in a lively discussion of comic books, movies, and Black people. Jeff Carroll is the author of the non-fiction book The Hip Hop Dating Guide.  When he is not writing sci-fi stories he enjoys speaking on Healthy Dating to college and high school students everywhere and goes by Yo Jeff.   Connect with him at his blog http://hhcnf.blogspot.com/ and on Facebook, Instagram and Twitter.