Well, the time is almost here. December 18th is only a few days away and each hour brings movie goers closer to the event they’ve anxiously been waiting for: the debut of  Star Wars: The Force Awakens in theaters worldwide.

One exciting aspect of the Sci-Fi genre that has been observed is the casting of more actors and actresses of color in Sci-Fi and Fantasy films. Though there has been some controversy about the lack of people of color within Star Wars and other Sci-Fi films in general, there are moves being made within the industry to change that. With this in mind, BlackSci-Fi.com decided to shine a light on the actresses of color who are a part of the upcoming Star Wars film. 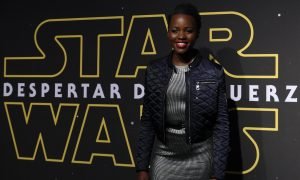 Lupita Nyong’o is one of the budding stars in the upcoming film that many are excited to see.  Known for her Oscar award winning role in the film 12 Years a Slave, in The Force AwakensNyong’o will be playing a “unique” character, Maz Kanata, a tiny but powerful alien very reminiscent of the famous Jedi Master, Yoga.

According to reports, Maz Kanata, is a 1000-year-old pirate who some fans have theorized may replace Yoda’s 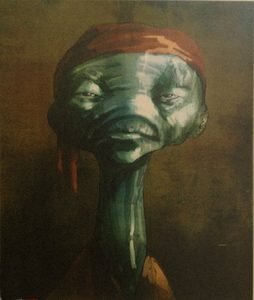 character within the series.  If true, despite being small in stature, Maz Kanata may turn out to be a very “big” deal in the grand scheme of things. This video gives fans a short snapshot of the miniscule alien, whose eyes are reported to possess a “special power”.