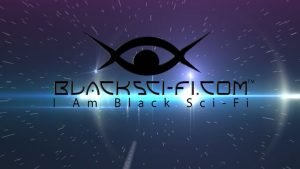 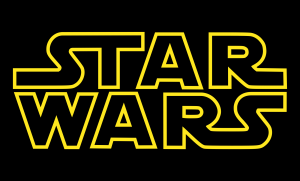 With the upcoming release of The Force Awakens,we wanted to have some fun with talking all things Star Wars…….

Let me take you back to Chicago. I can’t pinpoint an exact date (the ‘ole memory is fuzzy as of late), but let’s say it’s the late 80’s, or early 90’s. My brother and I are at an aunt’s house, and we’re plopped down in front of the living room TV. My aunt in her attempt to probably calm down a group of four unruly boys pops in a video.

We sat down, and watched as Star Wars: A New Hope began its familiar title screen crawl.

This is how I was introduced to the Skywalker clan. Darth Vader. The Jedi. The totalitarian Galactic Empire. Lando-awesome dude-Calrissian. Space adventure. X-Wing dogfights in space.

Though I’ve always been a Trekkie, I’m a huge fan of great Sci-Fi/ Fantasy, and that’s what Star Wars represents for me. Even after being invited to see The Phantom Menace (and subsequent films) with a friend of mine back in high school, I continued to jump into the Star Wars well.

From the animated Star Wars: Clone Wars television series, to the introduction of the evil Yuuzhan Vong in the New Jedi Order novel series, Star Wars has always been the proverbial ‘shiznit for me.

Fast forward to now, and fans are on the cusp of yet another possible awesome live action addition to the Star Wars universe. We’re in the midst of the build up to what is shaping up to be one of this year’s biggest blockbusters, Star Wars: The Force Awakens. We’ve all seen the hype/ build up: the endless commercials, previews, toy displays at your local area Wal-Mart and Toys ‘R Us, Comic-Con appearances, numerous articles written. The list goes on and on.

With the upcoming release of The Force Awakens, here at BlackSci-Fi.com we wanted to have some fun with talking all things Star Wars, while also showing our appreciation for a franchise that has entertained us collectively over the years. With a series of feature articles, and Q & A’s withyou, our readers/ Star Wars fans, we are celebrating Star Wars in the build-up to the 12-18 release.

So stay tuned to BlackSci-Fi.com, our FB page, and through our Twitter page @iamblackscifi for more Star Wars coverage.

P.S And if you’re still interested in being featured in our “I Am Black Sci-Fi” column, discussing your Star Wars fandom, please hit us up at news@blacksci-fi.com on how you can be featured.