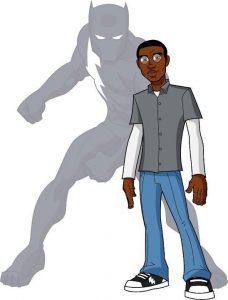 Bio: From the series character guide, “the second child of Edward and Brenda White, he was always a bright child coming up and has excelled all through school. One night in the summer between his junior and senior years of high school, Allen was caught out in a storm and struck by lightning. Instead of dying or suffering any injury whatsoever, he began to develop superhuman abilities- superspeed, enhanced strength and senses and x-ray vision. At first, he was unsure what to do with these newfound abilities until tragedy struck and his older brother Eric, a rookie police officer, was gunned down by a drug dealer. Since then, Allen has sworn to use his abilities to battle the criminal element in Terminus City.”

“A shy, reserved, sensitive and thoughtful young man, he is one of the top students in Cleburne High senior class. Although he is a nice guy who for the most part gets along with his peers, he is generally a loner with few true close friends though he tends to always be looked upon as a ready ear for others to open up to.”

“Allen can move at super speeds, up to and just beyond the speed of sound. He also possesses superhuman strength and agility- capable of lifting one ton- enhanced senses, x-ray vision and a low level healing factor. Possesses a near genius level intellect, above average to good athletic ability before gaining superpowers (backup quarterback on football team freshman and sophomore years).” 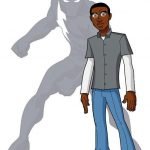 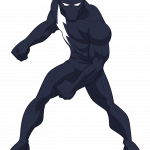 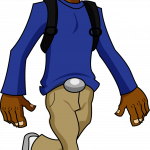 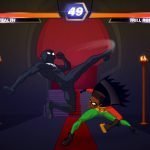 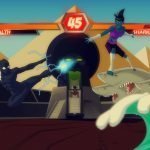