Taking The Lead: How ECBACC Promotes Positive Images of POC Through Comics
0 Comments

During a time where a necessity for increased representation of people of color within art, film, and literature is at an 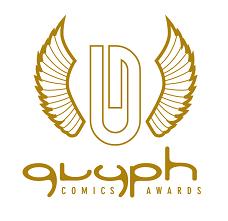 all time high, it is important to shine a light on organizations that promote positive images of people of color through the media. I had the opportunity to speak with Akinseye Brown, the Vice President and Events Coordinator for the East Coast Black Age of Comics Convention (ECBACC). ECBACC is also the sponsor of the Glyph Comic Awards (GCA), a Philadelphia based annual awards show established in 2006 and founded by Rich Watson, that honors the best in black images and issues in comic book and graphic novels. Some of the award categories include Best Story, Best Writer, Best Artist, Best Male Character and Best Female Character.

Over the past 15 years, ECBACC has grown from a local and community based organization to one with “national and growing international support and awareness.” Brown attributes the growth to the collaborative efforts of both ECBACC and the GCA to “raise the awareness of not only the importance of celebrating positive images of Black heroes, but also the need to recognize the quality and professionalism of creators of these books and stories that come from the very communities that gave birth to ECBACC.”

Since its establishment in 2002 by Mr. Yumy Odom, a native of Philadelphia, ECBACC “has become the premier urban comic book convention that collectively brings together African Americans and other people of African descent in the comic book industry to promote literacy and creativity in youth through comic book writing and drawing workshops.”

“What has driven this growth is ECBACC’s dedication to consistency and excellence,” Brown said.

Over the last several years, ECBACC has made an impact in communities both locally and internationally through 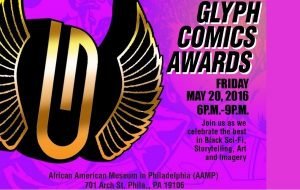 various programs such as their recent launch of “Mini Cons” as a result of requests for them to “set up shop in other locations”, the STARS program which “has been a part of many library initiatives over the past decade or so to reconnect with its neighborhood children and families”, as well as their overall focus on improving literacy, which remains at the core of their main convention held annually in May. In addition, over the years the GCA has become a more recognized and respected awards institution within the comic industry.

“We are very proud that as ECBACC grows our family of creators becomes more and more appreciated and valued. And, we have no intention of stopping what we are doing. As we say: “ECBACC SIKOZUTE / ECBACC FOREVER!”, Brown explained.

Throughout the years, Brown has “worn many hats” within ECBACC, initially enlisted as an illustrator to develop the organization’s official logo, to heading the Education Committee, to eventually being elected Vice President, working directly with ECBACC’s founder Mr. Odom. If you ask Brown, it is important for society, especially youth of color to see their selves represented in comic books and other media.

“Each character allows us to celebrate who we are, where we come from, and, most of all, aspire to continue to do great things because we as human beings are great. Stories in any form validate life. When girls read about great women they are assured that the adult women they will become can and will be great,” Brown said.

“When people with physical challenges or Europeans or Asians read about great people or characters that look and sound like them, they are assured that they have the ability to become or are already just as valuable and great as the characters they are reading about or watching dash heroically across the screen. All human beings do this, have done this, and should continue to do this.” 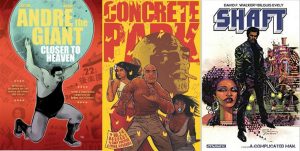 Some of the 2016 Glyph Comics Awards nominees

Throughout the years, there has been notable advances within the comic book industry in regards to the insertion of not only black characters into the stories, but the utilization of black comic book industry members to contribute their talents to new projects. The Glyph Comic Awards provides an excellent platform to recognize and celebrate those efforts.

“ECBACC sees the importance in owning a viewpoint for obtaining and sharing success through storytelling with words and images that affirm the lives of its audiences and readers,” Brown said.

Over the past three years, the GCA committee has allowed for a wide range of creators and publications to gain recognition through the Glyph Comic Awards by initiating open submissions where anyone who has a publication, book, or web comic can enter their work for consideration. Due to this, there has been a steady increase in submissions. The judging process is simple. After the submissions deadline, the Judges vote on which of the submitted works should be nominees, then the nominees are tallied, and a final round of judging is used to select the winners. The GCA encouraged anyone with relevant material within the genre to submit his or her work for consideration. Past winners include Ajala for “Best Female Character”, Kamikaze for “Best Comic Strip or Web Comic” and One Nation for the “Rising Star Award”.

Many can agree that an organization is only as good as the individuals supporting it. In the case of ECBACC and the GCA it is obvious their strong impact within the communities they represent is due to the sincere passion of their team members as well as community support. From the organization’s humble beginnings in the “City of Brotherly Love”, to its growth internationally, the potential for ECBACC and GCA seems to be limitless.

Head here for the official list of this year’s nominees.