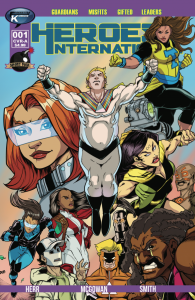 Years after a tragic event that the media dubbed “The Zero Event” where all of the superhero population disappeared, new powered superheroes begin to emerge around the world to fill the void left by the missing heroes. Even though most of these heroes lack training and experience, a division of the government called the Extra Human Division (EHD) begins to ban a few of these heroes together as the new generation of the super team called Heroes International.  Can this diverse cast of characters find a way to work together and save the world…or will they die trying?!

So why are we bringing this project to Kickstarter? The short answer…we need the funding to continue to produce and print these books…The long answer….we LOVE being a part of the RESPONSIBLE Kickstarter community and feel that this project can have a greater amount of reach to fans that will appreciate something different using a direct market approach than we feel it will have going through distributors. We’ve proven this fact with our #WeAlwaysDeliver campaign promise that has allowed us to deliver our books directly to our backers immediately following the completion of our campaigns!!! And we have a fresh new batch of books that are ready to head to the printer then mailed off to you!!!!

Head here for more information on the campaign. 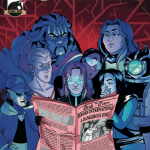 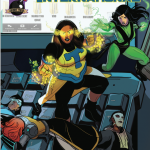 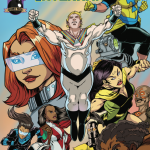