Time To Save The City: An Interview With Mill City’s Finest creator Samuel Stequoah
0 Comments

Western animated television series featuring lead characters of color are few and far between. More often than naught such characters are tossed to the side as the comic relief, sidekicks, or badly stereotyped villains.

With such notable examples as Avatar: The Last Airbender, Static Shock, T.A.S.K, The Deep, Doc McStuffins, and The Legend of Korra seeing a protagonist or main character of color is kind of fleeting, even in today’s more “diverse” mainstream entertainment landscape.

Enter stage left Mill City’s Finest (MCF). Producer/ writer/ creator/ jack of all trades Samuel Stequoah is set to introduce audiences to the world of Aundre Weah, a first generation Liberian American teen who dons a costume, and teams up with his friends to save the day.

With a trailer for MCF set to drop on 3-4-17, BlackSci-Fi.com recently sat down with the creator to discuss MCF, his career, and making the playing field of animation more balanced for creators/ characters of all backgrounds.

BlackSci-Fi.com: Can you let our readers know what MCF is about? 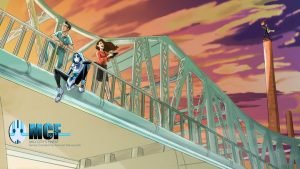 Samuel Stequoah: Mill City’s Finest (MCF) is an upcoming action adventure animated web series that follows the life of Aundre Weah, a first generation Liberian American who joins his friends to stop a threat in his hometown. He and his friends quickly find out their other personal desires are more a threat to their alliance than anything they hope to overcome together.

BSF: What is your role with the property? Are you the creator/ writer/ animator/ etc?

SS: Currently I’m filling many roles, but above all I am the Creator, Writer and Producer of MCF.

BSF: How did you come up with the concept?

SS: There were a lot of things that inspired me to make MCF. But what inspired me the most was my drive to bring my surroundings and what I grew up with to TV & Film. I was born in Lowell, Massachusetts from Liberian West African parents. When I was younger, the majority of my friends in my neighborhood were Caucasian. So our cultures were vastly different.

From how we addressed our elders, to the food we ate, were all different. I wanted those interactions and culture clashes to be conveyed amongst my characters. Additionally so, I’m a big fan of the drama and superhero genre so I wanted to make my own spin on it, and have my characters go through things we all can relate to and feel.

BSF: Are there any particular animation studios, creators in the field of animation, or series that you would say influenced your decision to create this series?

SS: YES! When I was growing up Cartoon Network and Nickelodeon had all my favorite animations Samurai Jack, Dragon Ball Z, Doug, Justice League and Hey Arnold just to name a few. The tone and art style of Young Justice has been one of the strongest influence on MCF and creators Lesean Thomas, Roye Okupe, and Onyi Udeh continue to remind me that a man of color can make strong achievements in this industry. 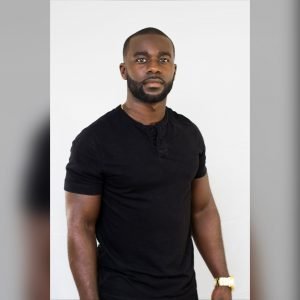 BSF: What have been some of the roadblocks to creating a series like this independently outside of a larger company? Have you tried pitching this to an animation house?

SS: I think what is definitely the most challenging is finding people to work with who are as passionate about your idea as you are. Those are the people I want to find and collaborate with, because that passion shows in the work.

When I initially pitched this series to animation studios, it wasn’t as developed as it is now and often time I heard “this is not what we’re looking for right now.” Though at the time it discouraged me, this disappointment quickly turned to a blessing because now I’m pursuing this independently.

BSF: As a creator of color, how does it feel when you come across other fans of color who might say “wow, I didn’t know stuff like this existed”?

SS: I’m so glad you asked this question! There was a time where I doubted producing my own animated series because I felt there weren’t any folks of color out there doing it. I felt alone and that I could never truly be successful in this industry.

But while scrolling through Kickstarter a few years back, I came across an amazing animation by another creator of color. It immediately brought tears to my eyes because I found out there were people like me out there doing this and my dream was very attainable. So to answer your question, it feels AWESOME!

If I can give someone the same reaction I got after they view our upcoming trailer that would be amazing.

SS: I’ve been a fan of animation since I was child. When I was younger I used to illustrate and fill  notebooks with my own stories that kids in my neighborhood enjoyed. I was that passionate about animated storytelling. I had an insatiable urge to create, develop, and share and MCF is a story that I am most passionate about. My love for animation led me to pursue a career in it, because nothing else made me feel fulfilled. I have my BA in Computer Animation. 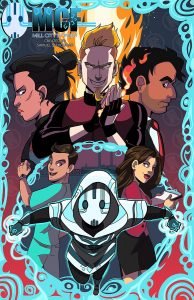 BSF: The protagonist of the animated series is Aundre Weah, a Liberian American teenager. You don’t see a lot of series’ such as these featuring a character of color as the lead figure.Why do you feel that this is, and do you hope that Aundre possibly ushers in more characters like him being used in such a lead role in stories such as these.

SS: I’m sure there are many reasons for the lack of lead characters of color in series’ such as these. But the important thing to remember is as a creator of color I have the ability to help change that. MCF was built off showcasing the beauties of diverse cultures and customs, so I hope Aundre helps to usher in that change. Absolutely.

BSF: The other thing that I love is that Aundre is not the supporting cast. He is the main character, and other characters support him. How essential was it that he be the lead character, and not on a sidekick status?

SS: It was very essential. He’s our hero and the story revolves around him and is often told from his perspective.  Some of the Liberian customs that we see in MCF is shown when Aundre is home and interacts with his family. A lot of that home life was derived directly from what I experienced. If he wasn’t the main character I don’t think I could be as effective as I want to be.

BSF: Can you talk a little about Aundre’s powers/abilities. From some of the artwork that I’ve seen it seems somewhat elemental, but I could totally be off.

Each Uncontainable are different and the abilities they attain are based off things like their genetics, personality, deepest desires, and the setting in which they were affected in. Aundre has the ability to wield mystic auras that can be used for many things such as forming his signature mask, and shields.

BSF: I saw some videos of you in the music studio putting together the soundtrack for the an upcoming trailer. How does it feel to be in the midst of just grinding to put all of this together? Dream come true?

SS: Haha, it feels awesome! When I initially started getting concept designs for the characters and world done it was so painful not being able to share anything, so now that I can, I’m taking full advantage. Haha, it feels really great.

BSF: What would you say separates this series from other superhero animated series? What can fans look forward to that will be new for them when they experience MCF?

SS: At times MCF deals with mature themes and relatable conflicts. With Aundre he has a hard time finding his place. He was born in Mill City, and born from parents that are Liberian immigrants. He doesn’t connect with his heritage the same way his family can, and because of that at times he feels like he doesn’t belong.

To top it off he now is an Uncontainable, which makes him even more different! The feeling of searching for our role 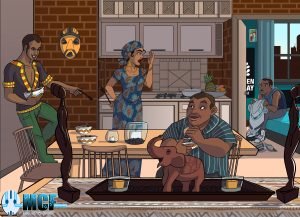 in life is something that I feel we can all relate to. This is just one of the themes MCF deals with. Aside from being action packed, and cultural oriented, MCF has deep characters and touching moments that I feel audiences will really appreciate.

BSF: To other creators of color, or those who might want to tell stories with groups of people that often are shunted to the side, what advice would you give to them in terms of creating such stories?

SS: Do whatever you can to be true to your story. Tell stories from real life situations and feelings. Those are the best ones. Also do your research and see how other creators are doing it, and read what they have gone through, and how they overcame it.

Before I started releasing content on MCF I took 2 years studying how other creators were moving in this industry. I took their advice and avoided common mistakes. Additionally, remember what you’re doing this for. Only you know what’s in your heart. Just keep going.

BSF: To fans that only know powerhouses such as Marvel and DC, what would you say to them to get them on board the MCF train?

SS: I welcome anybody who is a fan of deep characters with relatable and understandable motives. Following MCF allows you to connect with new and diverse characters. If anyone also feels like there is a lack of characters of color in the lead, here is a change for you to support something that has that. MCF is a new spin on the superhero genre. 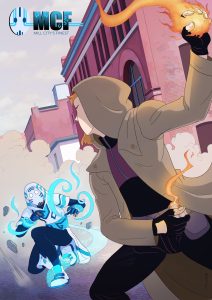 BSF: What does the future have in store for the MCF series? Is there a Kickstarter campaign that’s coming up, or are you in talks to get this in the hands of a production studio?

SS: Our teaser trailer will be dropping soon! So I highly encourage everyone to follow us on our social networks so you don’t miss out on updates or the release.

You can find us on Facebook, Twitter, Instagram and Tumblr all @Mcfseries. This year we have a lot of surprises in store for all our fans and supporters. We just encourage everyone to keep following and sharing our content. Our endgame is to bring you a truly refreshing animated series with wonderful characters and great story arcs.


Robert Jeffrey II is an award winning journalist whose work has appeared in such publications as UVC Magazine, JaDore Magazine, BlackSci-Fi.com, and The Atlanta Voice Newspaper. He is a regular contributor for the Tessera Guild, and his comic book work includes client work for the Centers for Disease Control, and Nitto Tires. His comic book writing includes work on such award winning/ nominated series as his creator owned series Route 3, Radio Free Amerika, Terminus Team-Up, and Soul of Suw. He’s yet to fulfill his dream of pop-locking to save a community center.