It has been announced that rapper, actor, and producer Curtis Jackson -aka- 50 Cent has recently sold his latest project, Tomorrow, Today, a super hero based series to Starz.  As many fans may know, 50 Cent is also the producer of the hit series Power, also on the Starz network.

I am looking forward to continuing my relationship with my Starz family, we have had great success together on Power and I am excited to get going on all of our upcoming projects together, Jackson said in an issued statement.  “I knew Starz would be the perfect home for Tomorrow, Today. This project is very personal to me … creating it, writing it, finding the best team for it and I will continue to be involved every step of the way.” 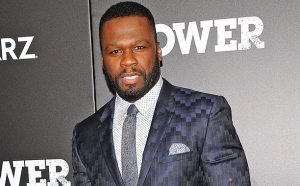 According to the pitch, Tomorrow, Today is about “a veteran from the south side of Chicago, after being falsely imprisoned, becomes the personal experiment of a mad prison doctor trying to create the perfect man – and an unstoppable killing machine. Set free, but on the run, the veteran must reconcile with the world that has turned against him, and use his newfound abilities for good.” Anthony Cipriano (Bates Motel) and Dan Kay (I.T.) will executive produce.”

As far the potential cast goes, one report states that Jackson is considering Wire star Wood Harris for the main character. As part of his deal with Starz,  Jackson is also slated to produce more projects for Starz in the future.

P.S.  Is it us, or does the pitch sound a lot like the upcoming Luke Cage series?