Commonly known as E3, the Electronic Entertainment Expo is the annual trade fair for the video game industry and the highlight of the summer for video game junkies of all stripes. For black gamers in particular, this year’s show had a few items worth spotlighting. 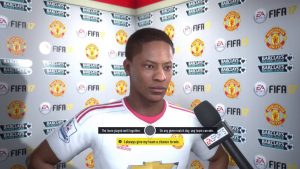 Hailed as one of the top 10 requested features, FIFA 17 introduces a franchise first NBA2K-like storymode called The Journey. Featuring Alex Hunter, a biracial protagonist much in the mold of recent standouts like Dele Alli (COYS!) and Marcus Rashford, The Journey allows gamers to literally live the life of a young starlet in the most popular soccer league in the world, England’s Premier League. 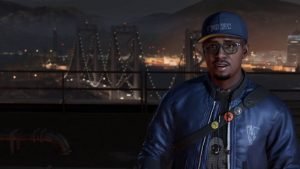 The fanboy backlash over Watch Dogs 2 featuring a black protagonist highlights just how rare it is to have a video game feature a hero who is anything but white. To some people the idea of stepping into the virtual shoes of someone different from them is simply unthinkable. The thing is though, for Black gamers this has long been the norm as outside of games where gamers are allowed to craft their own characters, we have been stepping in the virtual shoes of non-black characters for as long as video games have existed.

Watch Dogs 2’s Marcus Holloway is a step in a different direction and despite what seems a possibly somewhat stereotypical backstory, having an African-American protagonist in one of the year’s most anticipated video game releases is a welcome change from the norm. 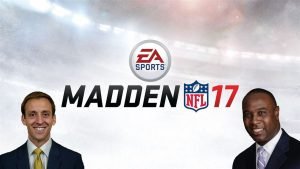 Football commentary in general is a polarizing subject. Take the top broadcasters on any given network broadcasting games and you will generally find as many people who love the work of a Phil Simms or Cris Collinsworth as those who hate those broadcaster’s output. When it comes to the world of video games in the form of EA Sports Madden series though, opinions have been pretty universal ever since the move to modern consoles necessitated more than the game’s namesakes classic monosyllabic “BAM” and “POW” catchphrases- the digital commentary all around sucks.

Former college football star and analyst Charles Davis is now the latest man to try to convince gamers to not mute the volume while playing as part of a promised complete overhaul to the in game commentary system which will feature Davis and play-by-play partner Brandon Gaudin recording new material each week as the football season progresses. 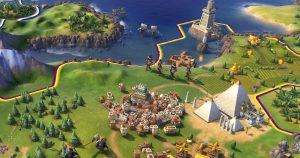 Another venerable gaming franchise is making some pretty significant changes in conjunction with its latest release . While a complete list of civilizations included within the game has not been released yet, the demo presented at E3 prominently featured Egypt led by Cleopatra, and it is almost a certainty that at least one of Sub-Saharan frequent Civ mainstays Mali or Zulu will be included as well.

With Carthage also potentially on deck and the power of one of gamings most versatile modding system, gamers will certainly be able to forge a mighty kingdom for the ages on the Motherland. 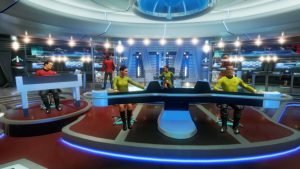 With the increasing availability of devices like the Oculus Rift, HTC Vive, and with the PlayStation VR set to launch in October, Virtual Reality gaming was at the forefront at E3 with announcements of up to 20 Oculus-exclusive games set to launch by years end along with 240 Vive compatible apps available through the Steam store.

Beyond that, Fallout 4 VR and Star Trek VR also bowed with Ubisoft’s Star Trek entry looking particularly intriguing in actually allowing up to four gamers to step into the roles of captain, first officer, engineer, helmsman or whatever role they like. In addition to being to control a Starfleet cruiser in co-op play, you could even be a communications officer and follow in the footsteps of everyone’s space idol Lt Uhura!

Stay tuned as more announcements drop over the next year for these and many other titles from this year’s E3.