There has never been a better time to be a so-called “blerd” with nerd culture in general having become mainstream, and a creative renaissance among black comic, sci-fi and fantasy creators having fueled an outgrowth of conventions operated by and catering to black fandom. There are enough conventions that one could literally fill a calendar of such events. Following here is rundown of just some of the most notable events to look into over the next 365 days, with dates given where they have been locked in for past and upcoming shows.

Editors note: By no means is this a definitive list, but an awesome and fun-filled sampling of some of the many conventions out there. 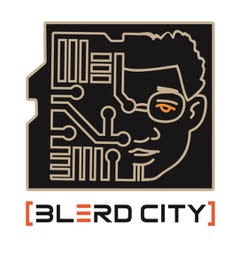 BLERD City Con, July 29-30 2017
Featuring the likes of Tim Fielder, Regine Sawyer and Warrington Hudlin, BLERD City Con is a 2-day conference celebrating the nerd in you through panels & workshops of art, science, film, comic books and technology hosted in various venues in the Dumbo area of Brooklyn, NY that are not owned by Jay Z. Founded by Clairesa Clay, this year’s BLERD City Con honored the late L.A. Banks with an award that was given in her name. 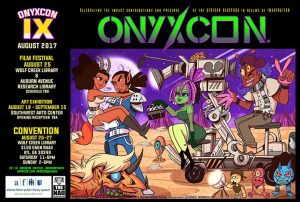 Onyxcon IX Aug 25-27 2017
Next up is one of the oldest shows around streaking towards it’s ninth main summer show on top of the winter time Sankofa expo. Put on by the inimitable Joseph Wheeler III, Onyxcon is a wondrous celebration of diversity in the popular arts with a focus on the African Diaspora with an added bonus of an all new cosplay contest going on for this year’s extravaganza.

Note: Scroll to bottom of the page to see other listings.