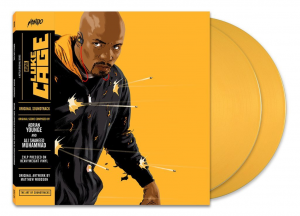 One of the most highly anticipated shows to drop on Netflix, Marvel’s Luke Cage was especially notable for it’s soundtrack, one that would most certainly be a welcome addition to any blerd’s music library. With album cover artwork by Matthew Woodson, this collector’s set features the original score by Adrian Younge and A Tribe Called Quest’s Ali Shaheed Muhammad pressed on 180 gram “Power Man Yellow” colored vinyl. If you just want the tunes without the cool packaging, the soundtrack is also available through digital retailers and streaming services.