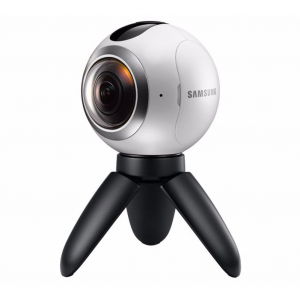 Watching VR is cool but shooting your own VR and sharing with the world is even cooler. This little gadget will allow you to do just that through either the device itself or your Samsung Galaxy smartphone. Featuring built in Wi-Fi, Bluetooth, and NFC support for up to 128GB microSD cards, the Gear 360 can capture 360-degree high-resolution images up to 30MP as well as video.