The weekend’s coming up, I’ve knocked out a first draft of a pretty kick butt sci-fi story, and I’ve got some time to kill.

Time to get all up in some video games. Specifically, MMORPG’s/ beat em-ups/ side scrolling titles that I can run through with friends.

If you’re looking for a few games to check out in between running errands, hanging with the family, or those weekend TV binge watching sessions, check out a few of the below Weekend Worthy Games for the XBOX One/ XBOX 360 Systems.

And did I mention most of these are free?

Note: Though there are some free games indicated on the list, a paid XBOX Live membership is needed to play most if not all of the title (the only exception being Aegis Wing which can be played offline).

Don’t let the side view scrolling nature of this sci-fi shooter fool you. Aegis Wing is a fun shoot’em up that takes you through an intergalactic war torn universe. And it can be difficult as heck.

The game is set in 2105 and focuses on humankind’s travels to a distant planet called Europa. They are then attacked by an invading alien force known as the Araxians. Upon coming across some of the aliens downed spacecraft, the humans modify a fleet of spaceships to be used in their fight against the alien hordes, which you pilot.

You can team up with at least 4 other friends through XBOX Live on either the XBOX 360, or on XBOX One. Throughout the endless barrage of different alien spaceships which are tossed at you during the game, you’ll receive different power ups which will increase your weapons strength/ capabilities. Added to the fun co-op gameplay, is a pretty solid musical score, with great and fantastic looking backdrops.

Also, the game is FREE!

Let’s start this off by saying I’m a huge Trekkie through and through. So when it was announced a while back that an MMORPG was going to be created that would be set within the Star Trek universe, I was beyond elated. Unfortunately I found out that the game would be strictly PC based, and I had to let the dream go of playing the game anytime soon.

By nature I’m a console guy, and don’t really have the disposable income to dedicate money to playing games on both PC and console. So I d placated myself with watching gameplay videos of the game.

Then in September of 2016, the game was ported over to XBOX One and PS4, after which I bought an XBOX One, and it was on like Donkey Kong.

At this moment I’m currently at a level 50, at Admiral status, and I’m running through the game in Defiant class ship call the U.S.S. Chi-Town.

On late night Friday’s I’m usually running all sorts of missions across the Alpha Quadrant with friends. Be it destroying hordes of invading Borg, visiting the idyllic campus of Starfleet Academy in grand ‘ole San Francisco, or taking on any number of diplomatic missions across the universe, I love the hell out of this game.

Its best to play with a group of folks, as it creates a wide assortment of awesome experiences within this sci-fi world that we’ve all come to know and love through television and cinema. Basically, you haven’t experienced Star Trek until you’ve flown over the cool sands of Risa with a hoverpack.

Added to all of this, did I mention its free? 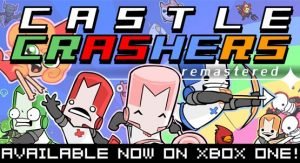 Castle Crashers follows four cartoony looking knights who go on a quest to rescue a princess, and that’s where the similarities of your common fantasy epic trope ends. Filled with a bit of bawdy and juvenile humor, along with some great action and magic combos, and you get a game that is like nothing ever experienced before.

This is definitely worth playing through with a group of friends, as you’ll find everyone laughing at the shenanigans that happen throughout. 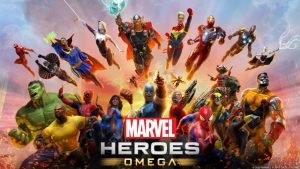 I’m being honest with you, I know nothing about this game outside of the fact that it’s another PC to console port. All that I know is that its Free To Play, you have an expansive roster of heroes to choose from within the expansive Marvel Comics library, and you can play the game online with a group of friends.

From the reviews that I’ve read, and the gameplay videos that I’ve seen its reminiscent of the beat ‘em ups meets RPG nature of the Marvel: Ultimate Alliance series. If that’s the case then sign me up, because those games were extremely fun.

The game drops on XBOX One tomorrow (6/30), and to say I’m beyond hyped is an understatement. My goal is for my friends and I to build the “Always Bet On Black” powerhouse team of Storm, Blade, Luke Cage, and Black Panther. Hopefully we’ll get characters like Misty Knight and Monica Rambeau (a.k.a Spectrum) tossed into the mix ASAP.