If you are involved in black speculative fiction as a reader or writer, then you’ve most likely read Fireside Fiction’s 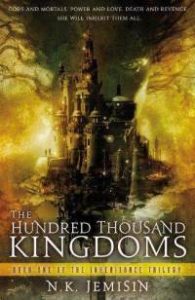 report, which states that only thirty nine short stories written by black authors were published in 2015. I’ve only been reading black speculative fiction for a couple of years, but I never expected such low numbers for short stories.  I thought that they were just like the novels I recently discovered, plentiful but pushed to the shadows to make room for SFF tailored for white readers.

While I am shocked that so few short stories were published last year, I am not surprised that racism is behind it. In his famous essay “Racism and Science Fiction” SFF author Samuel R. Delany predicated that racism is a system that would become stronger the more black speculative fiction writers there were. This essay was published nearly twenty years ago, but its words are still relevant today, especially with these recent findings and last year’s Hugo Awards controversy. Fireside Fiction’s findings presented systematic racism in the form of hard evidence, which shocked me not only as a reader but as someone who wants to try writing it.

The reason that I want to try to write black speculative fiction is because I only see part of myself in the genre. As a black woman who is also queer, I can no longer be satisfied with only seeing straight black women who look either feminine or masculine. While I’ve seen wonderful depictions of black women in books like Sister Mine by Nalo Hopkinson and The Hundred Thousand Kingdoms by N.K. Jemisin, I don’t want to feel like I have to settle for one form of diversity in a genre I enjoy.

I’ve been fleshing out ideas for a black LGBTQ retelling of a fairy tale, but the recent report has made me wonder if there is even a place for it. A black speculative story with black characters is one thing, but a speculative fiction story with black LGBTQ characters is probably too much for some people to handle. The reason that racism, homophobia, 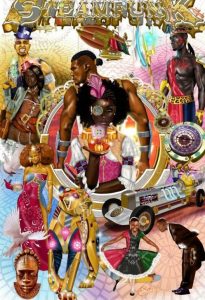 and other forms of discrimination exist in speculative fiction is because people think that only white, male, straight, cisgender, and able-bodied people will be interested in it and have the skills to write it.

Before this report came out, I saw evidence of discrimination elsewhere. I saw it in the backlash to the casting of Hermione Granger for a stage play and the backlash to a black person in Star Wars. I saw it in “Best Of” SFF lists with very little people of color, women, or LGBTQ authors. More importantly, I saw in an imagination that had been taught to see only white people in fantasy and sci-fi until I discovered authors of color. Discrimination has always been in speculative fiction and always will be as long as marginalized voices catch the attention of privileged voices.

I am not against getting the attention of a bigger audience, because that means more people will be able to know that black speculative fiction exists. If a library or bookstore has books with characters of color and readers know they are there, then they won’t have to spend hours searching online for them like I did. However, in order to make it to the store or library, they have to make it past gatekeepers that can either whitewash book covers or ban them. In contrast, independent and self-published books have no middle-man and can be easily promoted using social media and word of mouth.

If racist magazines and anthologies won’t publish or support us, then we will just have to keep supporting each 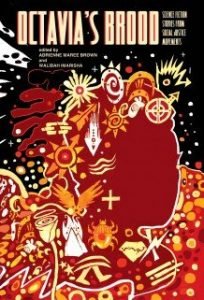