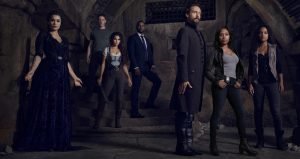 Let’s face it, it’s very rare to find a series that caters to the supernatural by mixing a unique play on history and mythology the way Sleepy Hollow does. A rare yet satisfying gem among the menagerie of choices on Thursday’s prime time TV line up, the intertwining of spectacular storylines week after week is representative of great research and dynamic writing I have yet to see in similar series.  If Season 1 was successful in introducing us to the bad ass superhero duo known as Abbie and Crane, Season 2 brought us up to speed on their purpose as witnesses, and Season 3 is bringing us the action and intrigue Sleep Hollow fans (often referred to as “Sleepy Heads”) have been anxiously awaiting.

With the conclusion of episode 8 bringing us to the mid-season finale (and series break until February 2016), what better way to recap the season thus far than to highlight why Season 3 of Sleepy Hollow has been a thrill ride of epic proportions, that has sleepyheads anxious for more. 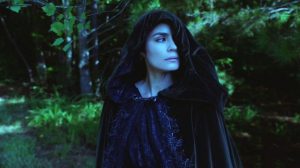 This is not “just” the Pandora you’re familiar with from mythical lore of the past. No, this Pandora is much more deadly than the one most are accustomed, and her “box” is even more sinister than imagined. Here’s where things get interesting. Most people know of Pandora and her box through the Greek classic written by Hesiod in which Pandora was the first woman on earth, created by Zeus, and blessed by the gods with various attributes. In the Greek myth, Pandora is gifted a box, which when opened releases every evil imaginable. Beneath all the evil, however, is hope, which remains trapped inside the box. The story serves as a way to explain how evil came upon earth.

Okay, so now let’s get to Sleepy Hollow’s version of Pandora. I admit, at first I was a little put off by Pandora who initially seemed to lack the “umph factor” I got from Abbie and Crane’s previous adversaries (Katrina and Henry). Eventually, she was able to grow on me. What makes this version of Pandora interesting is the writers take the basics of the Greek classic (the box and Pandora) and incorporates ancient Sumerian mythology as well. Ancient Sumeria’s “Pandora” is a goddess named Inanna, instead of a human like she is in the Greek version. This explains why Pandora is immortal in Sleepy Hollow.

Due to Crane’s keen knowledge of ancient myths and history, we get to know more about Pandora and the various entities she lets loose on the town of Sleepy Hollow. Each monster she unleashes becomes successful in her gaining specific strengths which are instrumental in her goal of resurrecting her long dead husband from the underworld, so they can take over earth together. Her progress is made visible at the conclusion of each episode by the blossoming of a single black rose upon a mystical tree she is pruning, in a hidden retreat. At the end of episode 7 the final rosebud blooms, and a portal within the tree opens up. Pandora enters into the portal and is transported elsewhere, assumingly to the underworld to rescue her dead lover. It is later revealed in Episode 8 that the final rose bud to bloom was indeed successful in resurrecting her long lost love, a Sumerian god known as Etu’iliu or “The Hidden One”, a character who seems to be entirely made up by the Sleepy Hollow writing team. Their choice to make up a god is unknown, but doesn’t detract from the obvious power Abbie and Crane must face in Pandora and her hubby.

Pandora’s success as a character is in my opinion due to the gradual build up to who she is and her purpose. The fact that she remains very mysterious throughout most of the first half of the season induced excitement and anticipation, and allowed for somewhat minor characters and storylines to develop without the focus being solely on defeating her. 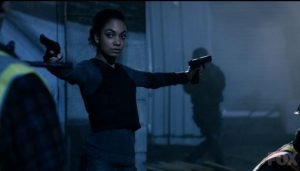 This season, Abbie’s little sister Jenny is finally getting the shine she deserves, and has become a strong resource for the witnesses.  Jenny is unique, because she possesses a firsthand knowledge of rare artifacts as well as the unsavory characters in the black market scene that proves to be vital to Abby and Crane.  Add that to the fact that Jenny is a trained and experienced fighter in both armed and hand to hand combat, as well as a natural bad ass, and you get a kick ass superhero in her own right, who cares little about rules, and has nothing to lose professionally if she breaks them, unlike her big sister Abbie.

In Season 3, Jenny’s storyline revolves around her reacquiring an ancient relic known as “the shard”, a relic she acquired under the direction of her now deceased mentor Sheriff Joe Corbin, which was recently stolen from her. Throughout the season, we begin to learn more about Sheriff Corbin’s mysterious and possibly unsavory past within the black market of ancient artifacts.  Throughout her mission to recover the shard, she is assisted by Sherriff Corbin’s son Joe (the guy who briefly turned into a “windago” or “lycan” in season 2).

Initially, it was assumed that Jenny and Joe had more of a sibling type of relationship, due to the fact that Sherriff Corbin was like a father to Jenny. As the storyline progresses, however, it becomes obvious that a romance between the two is brewing.  Jenny is by far one of my favorite characters on the show, and I am so happy to see the writers giving us more “Jenny” this season versus the previous two.  This season, it has become obvious that though she is not just a witness. Jenny holds an important role in Abbie and Crane’s mission to prevent the Apocalypse, and definitely adds a dimension to the storyline that is both refreshing and rewarding.  The mid-season finale was mind-blowing, and further proved the fact that Jenny’s role may not be as minor as initially thought.  I’m definitely looking forward to Sleepy Hollow’s return in February, and though the state of Jenny Mills was somewhat left in limbo at the conclusion of episode 8, I truly hope she is not gone from the series, and they will continue to develop her storyline when the season resumes. 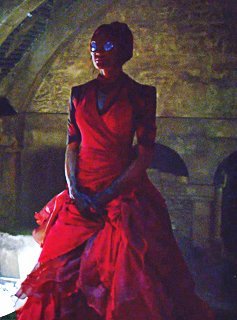 It wouldn’t be Sleepy Hollow without the supernatural, and Season 3 doesn’t disappoint when it comes to the monsters we get to know this time around.  I already told you about this season’s evil ringleader, Pandora, however, the creatures she summons from her magic box to terrorize the residents of Sleepy Hollow in Season 8 are just as creepy.  From demons who can paralyze you with fear before killing you, to an evil tooth faerie, to Jack the Ripper himself, season 3 has been a thrill ride of awesome terror that has kept me engaged throughout.

I must say, my favorite evil adversary this season so far was “The Red Lady from Caribee”.  I’m a sucker for unique characters, and something about voodoo and the exoticness of an evil Caribbean witch-demon-thingy was enough to draw me in and keep me glued to the screen. She makes her appearance in episode 6, attacking as a swarm of killer jack spaniel wasps, bringing on a manic rage within her victims. She is rarely shown in her physical form, but due to her pesky nature, Abby and Crane quickly formulate a powerful pesticide to rid The Red Lady from Sleepy Hollow for good. 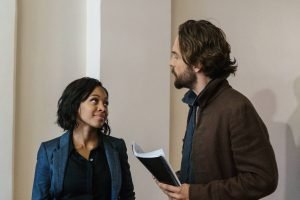 So, you know I had to save the best for last.  The chemistry between these two is undeniable.  These two were fated to become a team before either existed, and their bond is admirable as well and has become the strongest aspect of their success as witnesses.  Though there are some sleepyheads who would like to see a romantic element develop between the two, I am very content with these two remaining soul mates in a more platonic sense.

This season it is revealed that after the death of Crane’s wife Katrina, he distanced himself from Abbie for a while to grieve.  In the interim, Abbie joined the FBI and continued on the professional she began prior to Sherriff Corbin’s death in Season 1.  Her position within the FBI introduces us to her new boss, Captain Daniel Reynolds (Lance Gross).  To add a little spice, it’s obvious both Abbie and Captain Reynolds had a bit of a fling during their time together in training at Quantico.  Danny seems interested in resuming where they left off, but Abbie continuously denies his advances.

Crane also gets a bit of action romantically with Zoe Corinth, a woman who has a passion for American history, and is smitten by Crane.  She offers Crane her services to assist him with his application for American citizenship (a notion he finds absurd since he is a “founder” of America).  Though there interactions are often awkward due to the many differences between the two, it will be interesting to see how their relationship plays out.  Through flashbacks, we also get a glimpse into Crane’s past relationship with the infamous Betsy Ross, who was seemingly much more than a seamstress.

Romance aside, Abbie and Crane continue to grow closer as companions and witnesses, and more and more they begin to realize their importance to each other, with Crane professing how much he cares for Abbie at one point in a sentimental exchange between the two.

Ultimately, one element I love about Sleepy Hollow is the fact that it brings diversity ethnically and socially to its characters, sprinkling a bit of #blackgirlmagic, which adds something distinct to prime time TV that isn’t seen in many series.  With a successful first half, so far Season 8 has brought us all the evil creatures we can imagine combined with romance, action, history, as well as an awesome series crossover with Bones.  I truly hope that when the season resumes in February it will keep up the same momentum (or increase it), and that the writing team will continue to deliver the same action packed creepiness tinged with history and myth that my fellow sleepyheads and I have come to adore.

Tiara Janté is a Writer/Journalist, budding Social Media Analyst, and Sci-Fi & Fantasy enthusiast. She is currently in the process of completing her first novel, Merged, a dystopian themed Sci-Fi thriller. You can stay up to date with her work via her blog at: http://www.tiarajante.net/ .