Mental Health at the Intersection of Black Speculative Fiction
0 Comments

Today is #WorldMentalHealthDay and while there has been more attention brought to the topic as of late, when it comes to mental health within the black community, there is still much to be addressed.  Thankfully, there is literature out there that addresses the issue–even in Speculative Fiction. 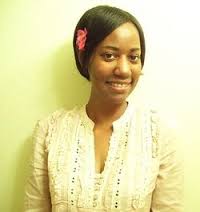 In ‘Bleeding Violet’ a Young Adult horror novel by Dia Reeves , Hanna, a young woman suffering from bipolar disorder and terrible hallucinations, runs away to Portero, Texas where she encounters a town even stranger than the visions inside her head.

So how does speculative fiction address mental illness? Adding characters with mental health issues in a realistic way helps to provide understanding as well as representation for those who suffer from mental illness.  It also adds depth to the character, and helps us to examine areas of the mind that are often too taboo to discuss in everyday conversation. ‘Bleeding Violet’ is available on Amazon.