Yes Abbie is Gone, But We Still Have Jenny and Agent Foster
0 Comments

Yes, the amazing Abbie Mills has been laid to rest—and though her passing hurt my soul, I’m not giving up on Sleepy Hollow just yet.  As I attempt to process the mind boggling decision to axe Abbie Mills (Nicole Beharie) from the wondrous super duo known as ICHABBIE, I receive some comfort in the fact that actresses Lyndie Greenwood (Jenny) and Jessica Camacho (Sophie) still remain as representatives for nerd girls of color everywhere. What Sleepy Hollow producers may not have realized when they allowed Beharie to slip away is that aside from their obvious talents—Beharie, Greenwood and as of this season, Camacho, has become dope representations of self (or imagined selves) for women of color who thrive off of storylines that include representations of women of color that’s not the typical.

As I wrote in my midseason recap, “…one element I love about Sleepy Hollow is the fact that it brings diversity ethnically and socially to its characters, sprinkling a bit of #blackgirlmagic, which adds something distinct to prime time TV that isn’t seen in many series”—especially series within the speculative fiction genre.  Though Beharie is gone, I’m delighted to know that there still remains two women of color in the cast who I’ve grown fond of this season and last.  While many sleepyheads believe that without Abbie & Crane together there is no Sleepy Hollow, I choose to hold on to hope that something good is still brewing in Sleepy Hollow.  Here is my list of reasons why I’m not giving up on the show… just yet. 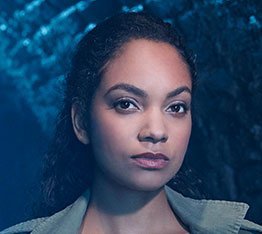 I admit, I was a bit hesitant with my reception to Jenny Mills when she was introduced in Season 2, however, she’s quickly become one of my favorite cast members.  Just like with Abbie, I see pieces of myself in Jenny Mills as well.  Like Jenny, growing up I was very much the rebel and bonafide bad ass.  In my opinion, Jenny personifies the dope little sister with daddy issues who had a rough time growing up, so she takes out her anger and frustration on an array of supernatural creatures (and human ones) who get in her way.

Jenny is relatable to me because we share a lot of the same demons.  Like myself and many other women of color, Jenny’s hesitant to get close to people due to past hurts and abandonment—and this has caused a void in many of her relationships.  Throughout Season 3, however, we were finally able to see the vulnerable side of Jenny—beyond the tough girl exterior-as she fell in love with Joe.

We also learned a little bit more about Jenny and Abbie’s father—specifically the reasoning behind her father’s abrupt departure in their youth.  From the various hints given in Season 3 it seems like Season 4 will provide more insight into the true nature of their father’s departure, as well as his relationship with Jenny and Abbie’s now deceased mentor Sheriff Corbin. From what I can grasp, the Mills family history seems to have more to do with the supernatural than previously revealed, and the addition of Abby and Jenny’s father to the storyline has been instrumental in providing clarity to some of Jenny’s past as well as her future.

Over the past couple of seasons, Jenny has developed dramatically since her dope Sarah Conner-esque intro.  Unlike many fans, I am a proponent of a Season 4, because I’m curious to see what’s next for Jenny Mills.  Jenny’s roles has the potential to be just as great as ICHABBIE’s in my opinion—and she possesses a strength within her that is different from Abbie’s—emoting a rawness and realness that though not necessarily better, is equally satisfying.  This past season, Jenny lost both her boo and her sister—this gives the Sleepy Hollow team plenty of depth to work with in preparation for next season—so my hopes are they work her angle and they work it well.  PLEASE make Jenny GREAT!

At first, I didn’t take Agent Sophie Foster seriously because I was certain she wouldn’t be around long. 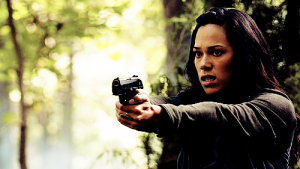 However, her gradual initiation into the team came across as natural, and I admit I’m starting to dig her role in the series.  I find her storyline interesting, and I’m interested in delving further into her past—especially as it pertains to the mysterious disappearance of her parents. The fact that she has ties to both Abbie’s world (the FBI) and Jenny’s world (ancient relics through her parents, and her undercover work) is intriguing to me, and I admit I’m anxious to learn more about her.

Acting wise, in Sleepy Hollow I don’t feel she has been given a real opportunity to shine.  Now that Abbie is gone, I’m curious to see if the writers will give us more Sophie Foster—and make her more of a dynamic character in the series.

WHO I CAN DO WITHOUT

As much as I love me some Lance Gross, I must admit he just didn’t do it for me as part of the Sleepy Hollow cast.  I’m hoping that with Abbie gone, when (if) Sleepy Hollow returns for Season 4, he’ll have requested a transfer due to his heart break over Abbie’s death, and leave the show.  I’m sorry Agent Reynolds, but I feel like there’s no real reason for you to continue in Sleepy Hollow— I mean what’s the point?