An Interview With The Gibbs Sisters, Creative Team Behind The Invention of EJ Whitaker
0 Comments

The Gibbs sisters are two African American women that are heading for great success with their comic The Invention of EJ Whitaker. We recently had a chance to speak with the Glyph Comics Award nominated team. They were excited to share their process of creating the series during an interview for BlackSci-Fi.com

BlackSci-Fi.com: Where are you ladies from and where do you reside now?

Shawnee Gibbs: We are originally from Oakland, California. We both currently reside in Los Angeles.

BSF: What made you decide to create a comic book, and how did you determine what the story would be about?

Shawnee Gibbs: Before we made the leap into comics, Shawnelle and I produced independent animated cartoons. We spent a lot of time drawing and telling stories through art. Animation is such a costly and labor-intensive medium, and we love it, but we also wanted to tell visual stories in a more stripped-down way so we tackled our first comic book project in 2012 with our time travel adventure series, Fashion Forward.

It was working on that series and thinking about technology and time (past and present) that the idea for The Invention of E.J. Whitaker’ started to take root. I think at the heart of us we love stories about adventure and especially stories about young women of color exploring the world. So, the story of an inventing heroine was right up our alley. 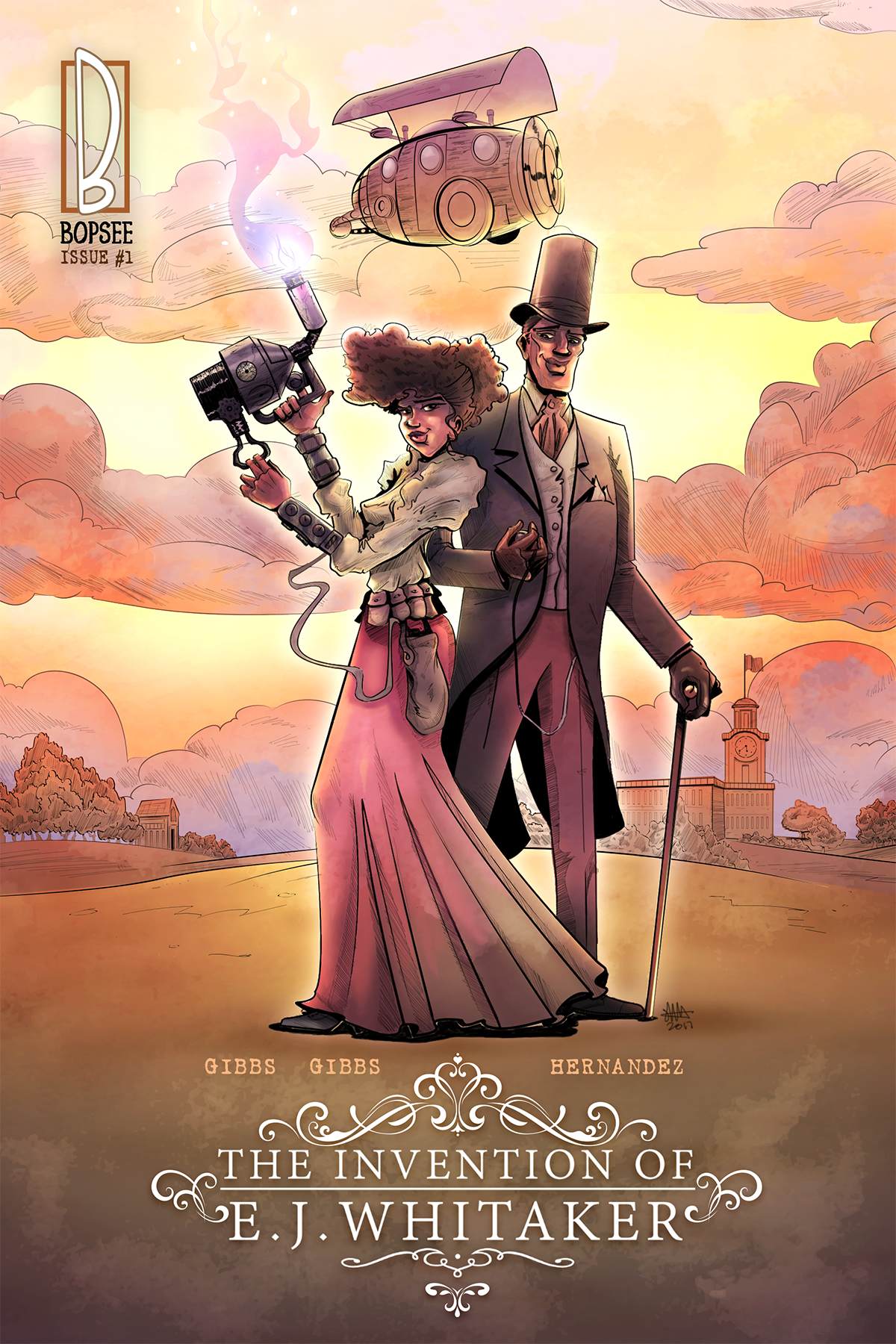 Shawnelle Gibbs: We both have an affinity for the Victorian era and African American history so we started thinking about would happen if a young black woman in 1900’s Alabama created a game-changing invention: the world’s first flying machine. Would anyone take her serious? Would she have to hide her identify? How much danger would be involved as she navigated the Jim-Crow south? That was catalyst for The Invention E.J. Whitaker and those were the questions we set out to answer.

BSF: How long did it take you to get the comic created and that includes from thought to publication?

Shawnee Gibbs: Gosh from thought to publication, the idea took over 5 years to get done.

Shawnelle and I were still working on Fashion Forward while developing the idea and we both work in television as our day jobs, so we pieced together what little time we had into fleshing out story.  After a couple years of researching the time period, including reading works by W.E.B Dubois, Booker T. Washington and Ida B. Wells to really saturate ourselves in the era, we began developing the story, characters and concept art. 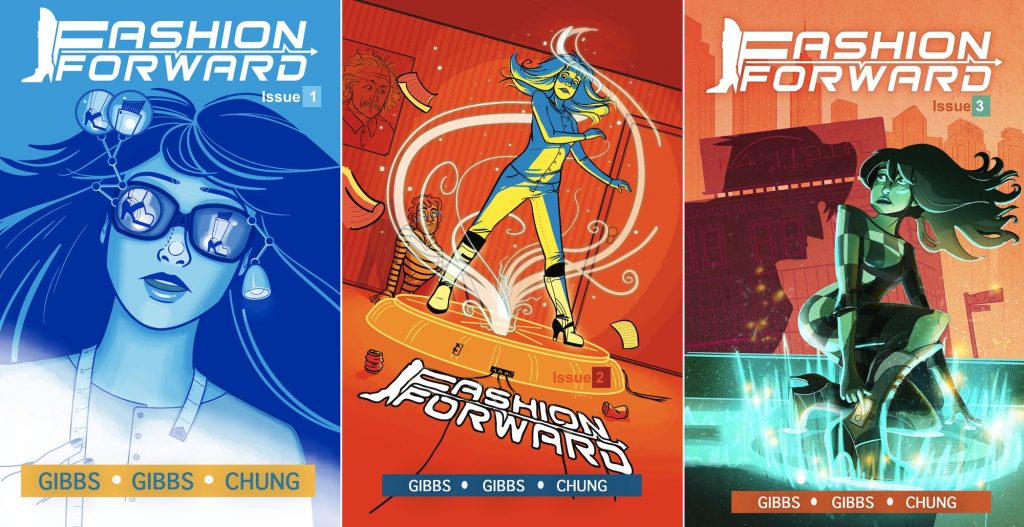 After a lot of nervous hand-wringing, we decided to launch a Kickstarter campaign for the comic. We were lucky enough to raise a little more than twice our asking funds and completed the book in December of 2017.

BSF: Have you ever worked on comics before deciding to create your own?

Shawnelle Gibbs: Yes. We’ve written and teamed with artists for stories in several volumes of Graham Cracker Comics Ladies Night comic book anthology series, an amazing platform for women in comics. That was an eye-opening training ground for working with editors and artists and meeting deadlines, and super nurturing to be surrounded and supported by a wonderful all-woman team. 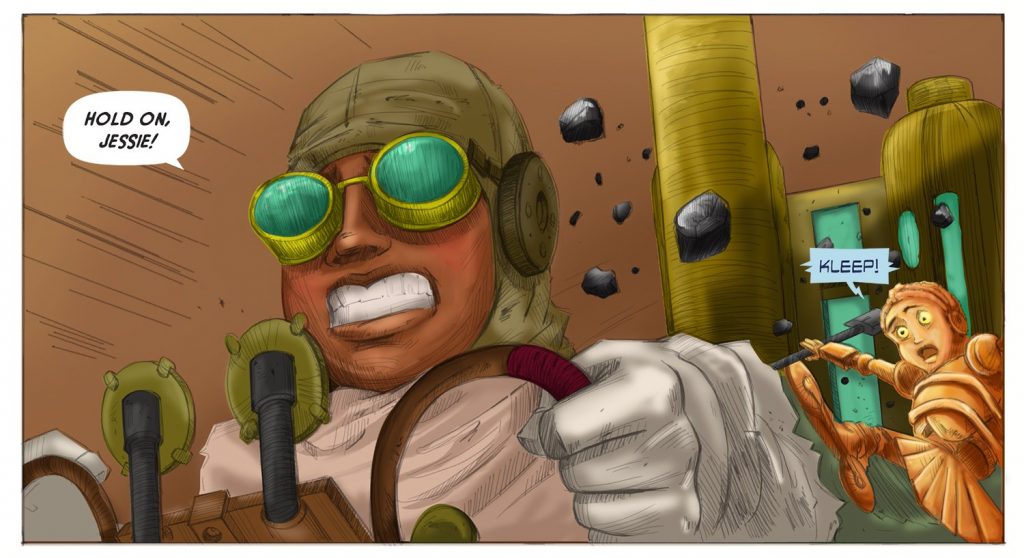 A scene from The Invention of E.J. Whitaker.

BSF: What was the experience like doing it together as sisters? Was it better than it would be with strangers or more challenging?

Shawnee Gibbs: I couldn’t ask for a better writing and creative partner than Shawnelle. As sisters who grew up sharing everything from bedrooms to clothes and debating over everything from boy bands to curtain fabrics. There’s probably nothing we can say to each other at this point that would hurt the other’s feelings (laughs jokingly). Shawnelle is one of the hardest-working people I know and when she takes on a task, I can always relax and now that she’ll get it done. That’s the best kind of partner to have…

Shawnelle Gibbs: And our ideas (dialogue, characters and story arcs) always get better and stronger once we’ve presented and hashed out things with each other.

BSF: Did you write before creating The Invention of E.J. Whitaker? What were some of the projects that you worked on?

Shawnee Gibbs: We’ve written a few animated projects including the series’ Adopted By Aliens and Old Ladies Driving. We’ve produced the animated short, Sule and the Case of the Tiny Sparks, Tribeca Film Institute. For comics, we’ve written the shorts Tati, a young girl from the ancient Kush Kingdom, and Jessie and Bessie Are Outside, a western tale about a pair of African American sisters in the Wild West seeking vengeance for a family heirloom stolen from them. Those were for Graham Cracker Comic’s Ladies Night Anthology. For their zine we also created a comic infographic entitled The Creative Girls Guide to Battle, which debuted at France’s Angoulệme 2017, Europe’s second largest Comics Festival. That was pretty special. 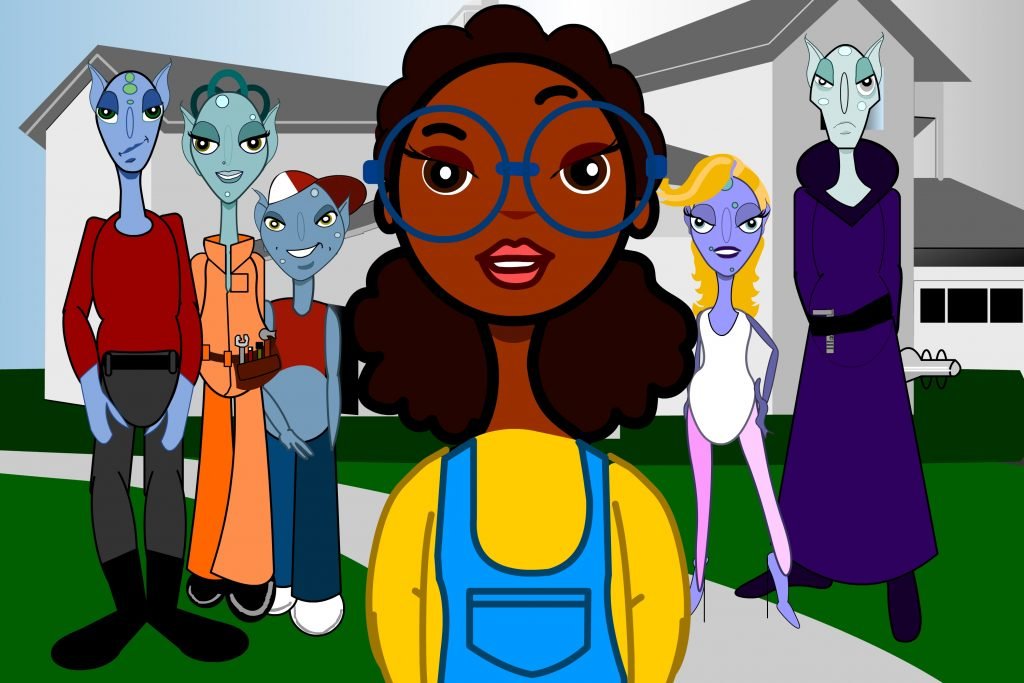 A scene from Adopted by Aliens.

BSF: When you created The Invention of E.J. Whitaker what was your overall goal in producing it?

Shawnelle Gibbs: It is important for us to tell the story of The Invention of E.J. Whitaker because the Victorian era was a time period that is often overlooked for African American stories. It was such a time of innovation for America and black people were an integral part of helping shape this nation into the social, technological and economic behemoth it is today. We also wanted to empower young people and women of color with a story about a heroine who uses her ingenious talents to help change the world. We know that it’s important for especially young people to be exposed to STEM (Science, technology, Engineering and Math) stories with characters who look like them.

BSF: How did it feel when you found out that The Invention of E.J. Whitaker was nominated for the Glyph Award in multiple categories?

Shawnee Gibbs: We were thrilled! The invention of E.J. Whitaker was nominated for Story of the Year, Artist, Writing, Best Female Character, and received a nod for the Rising Star Award. It is an honor to have the book so well-received after its first issue. 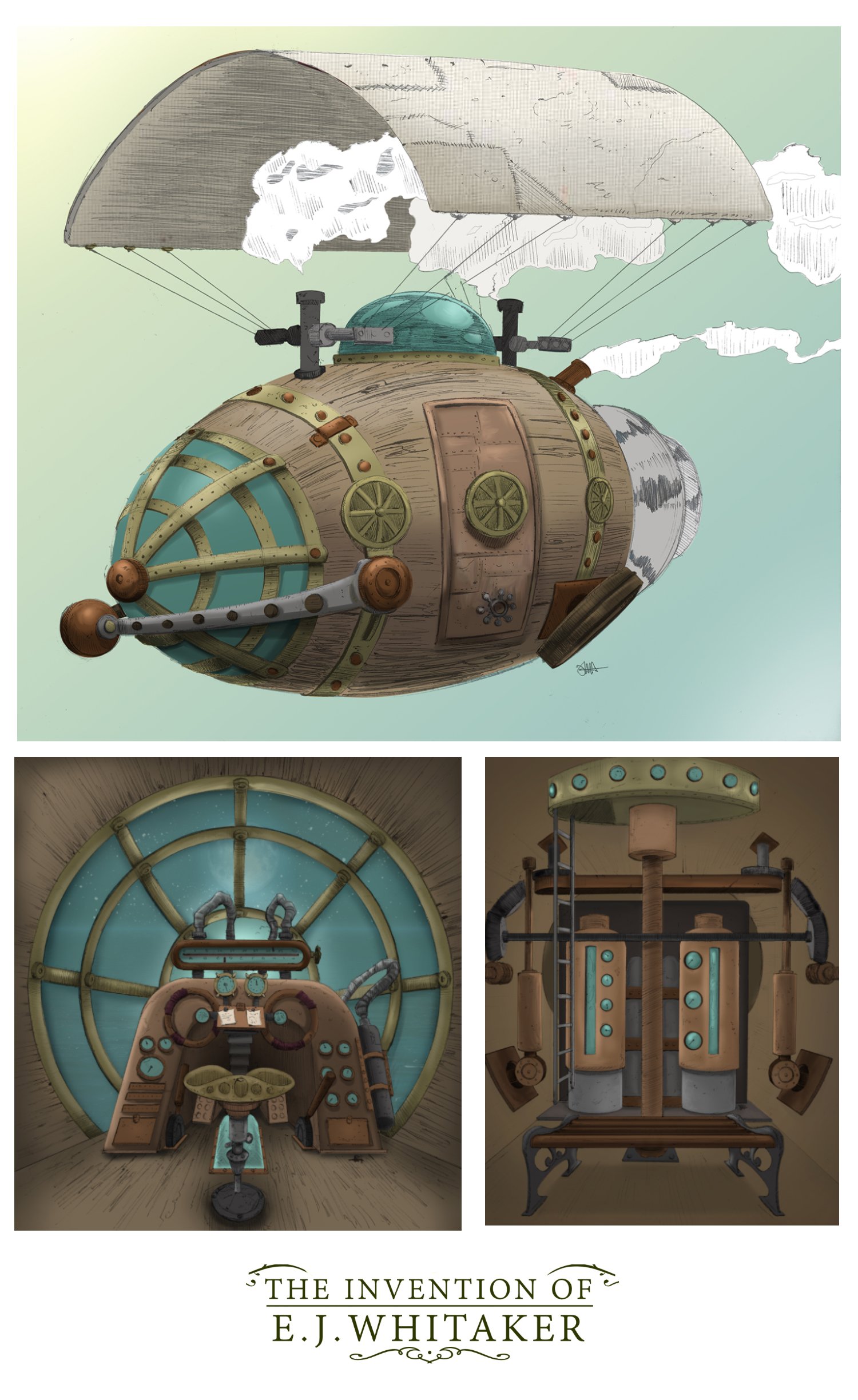 Concept art from The Invention of E.J. Whitaker.

BSF: Do you plan to have any other comics in the works coming up while The Invention of E.J. Whitaker is taking off?

Shawnelle Gibbs: We’re currently working on the second issue of The Invention of E.J. Whitaker but we always have a couple other stories in development. We’re working out a couple of new ideas that we are looking to debut next year, after issue #2 finishes production.

BSF: Is creating comics your profession now or something that enjoy doing on the side until the opportunity presents itself to become full time?

Shawnee Gibbs: Our full-time day jobs are as producers in television but we’ve been warmly embraced in the comics’ community and have started getting offers from agents and publishers, so we hope the future looks bright for our careers in comics.

BSF: What are some of the things that you may be working on separately or together now or in the future that you would like to mention?

Shawnelle Gibbs: We are currently adapting a popular children’s book series into an animated television pilot, expanding one of our short comics into an animated story, and are looking to debut the second issue of The Invention of E.J Whitaker in 2019. If anyone is interested in checking out The Invention of E.J. Whitaker or Fashion Forward, you can find digital issues of the series’ online at Bopsee Books: https://bopseebooks.com

Shawnee Gibbs: Thanks so much for the feature.

Article Topics: the gibbs sisters | the invention of ej whitaker