Hello and welcome to BlackSci-Fi.com’s coverage of the San Diego Comic Convention 2018. Just as E3 presented all the biggest announcements and projections for the videogame industry earlier this year, SDCC 2018 functions with a broader media stream of movies, television, novels, videogames, and the titular comics. There is a lot to cover here, so let’s get right to it and cover some of the major items to come out of the SDCC weekend.

The DC cinematic universe needs another win, and shirtless Jason Momoa hopes to give it to them in this years Aquaman. The movie will give us the origin story of the Justice League member, as well as the political machinations of what appears to be Oceanmaster and Black Manta, two of Aquaman’s greatest rivals. The movie will arrive in theaters on December 21.

Extra muscles Zachary Levi makes his debut as Shazam and hopes to insert something that the DCU has been sorely lacking in its movies: humor. This movie follows another origin story as Billy Batson is miraculously given superpowers as a kid. With great power comes great responsibility, but in Billy’s case, he doesn’t mind having a bit of extra fun along the way. Check out Shazam! in theaters April 2019.

Warner Bros. came out with another big time trailer, showing off Fantastic Beasts: The Crimes of Grindelwald. The main hero Newt must use his quirky ways to team up with Dumbledore to defeat the clever Grindelwald. The movie is rife with special effects, fantastic creatures, and over the top scenarios that we have all come to expect from Harry Potter movies. Fantastic Beasts will be released in November this year. 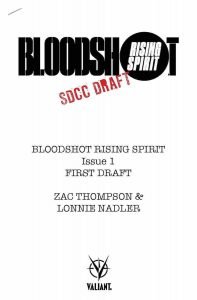 Valiant Entertainment announced their “Beyond” initiative, which is a group of titles that are in the works to push the group through the end of 2018 into early 2019. These titles include Faith: Dreamside, Bloodshot Rising Spirit, Livewire, and Incursion. The first of these will be released in September of this year. 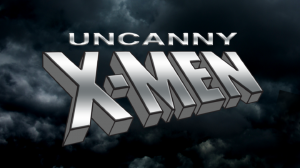 Uncanny X-Men is making a return to comics this November. No writers or artists have been noted to relaunch the series, but the announcement itself is a huge one. Uncanny X-men is the original series that introduced the world to Charles Xavier and his mutants. The X-Men quickly grew to be the most popular creative property that Marvel had, with expansion to movies, television, and videogames throughout its original run.

Marvel will also be releasing X-Men Black, which is a series that will focus on stories featuring X-Men villains. The writing group will feature Chris Claremont, Scott Auckerman, and Leah Williams.

DC Comics continues to go darker with it the new DC Black Label series. This series will take iconic characters such as Batman and Wonder Woman and flip them on their head with new and interesting ideas on where to take the classic vision of these heroes. The first of these is due out in September.

From the creators of Avatar: The Last Airbender, comes a new show called The Dragon Prince. All of the episodes will be available September 14th on Netflix.

Teenage Mutant Ninja Turtles: Shedder in Hell is a book about Shredder coming to terms with his past under the backdrop of being in the afterlife.

Matt Groening of Simpsons fame has a new show coming to Netflix called Disenchantment. It will have his famous humor and drawing style coupled with a fantasy-based setting.

There was not much in the way of video game announcements, but panels on Marvels’ Spiderman and Bandai-Namco’s Jump Force games were held this weekend.

Collectables were everywhere but the most popular continues to be Funko Pop! Figures. Funko had 72 SDCC 2018 exclusives this year and announced their Marvel Chrome Pop! Series.

There were many panels, books, cosplay, and other items that were held, and we could not possibly cover everything. But I would like to say thank you for following BlackSci-Fi.com’s coverage this year of San Diego Comic Con 2018.