As first revealed at Newsarama, Valiant is proud to present your first lettered and colored look inside SHADOWMAN (2018) #6, another time-traveling chapter in the senses-shattering “DEAD AND GONE” story arc! On August 22nd, powerhouse artist Renato Guedes (BLOODSHOT SALVATION) joins renowned writer Andy Diggle (Green Arrow: Year One) to fling Jack Boniface farther through the ages than ever thought possible for another piercing revelation at the heart of the Shadowman mythos!

His soul cast adrift in the astral void, “DEAD AND GONE” has led Jack Boniface across the centuries in search of the origin of the Shadowman’s curse – and now it’s taking him all the way back to the beginning of mankind! Standing beside his ancestors in the kill-or-be-killed world of primordial Africa, Jack is about to awaken something ancient, hungry, inhuman…and, as darkness descends, the long-hidden face of the Shadowman loa will finally be known!

On August 22nd, Andy Diggle and Renato Guedes lay waste to what you thought you knew about the hidden workings of the Valiant Universe in SHADOWMAN #6 – featuring covers by Tonci Zonci (Who Is Jake Ellis?), David Mack (Kabuki), David Lafuente (Ultimate Spider-Man), and Kaare Andrews (Incredible Hulk)!

But first: Jack Boniface must uncover the hidden history of his heritage in SHADOWMAN #5, as Andy Diggle and superstar artist Doug Braithwaite (UNITY) peel back the layers that shroud a war-torn country!

As roving gangs ravage the landscape of post-Civil War America, there’s little hope and even fewer chances of escape for those caught in their clutches…except in the shadows! Enter: Marius Boniface – first bearer of the Shadowman loa and Jack Boniface’s own great-great-great grandfather! But as the sun sets, the Shadowman’s coming will lead to more than just a rebellion… Unstuck in time, Jack is about to come face-to-face with the first to bear his curse, and will finally learn the truth about the Shadowman legacy’s connection to his family’s doomed bloodline! 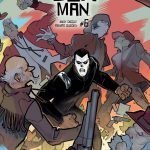 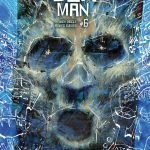 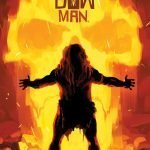 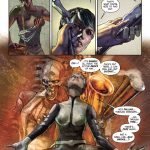 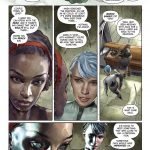 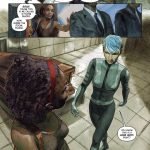 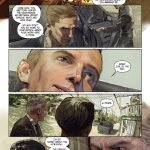 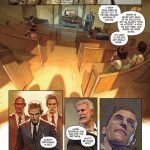