In a bit of news that has us quite hyped here at the BlackSci-Fi.com offices Academy  award winning screenwriter/ comic book writer, John Ridley, is teaming with Blumhouse Productions to write, and direct his co-created series (with artist Georges Jeanty), The American Way: Those Above And Those Below.

Blumhouse Productions is the production company behind Oscar winner Get Out, and it seems that The American Way: Those Above And Those Below will tackle the same types of socially relevant issues that this iconic horror film also did. According to Deadline: The comic was published as a six-issue monthly miniseries last year by DC Entertainment’s Vertigo label. Ridley wrote the story will illustrator George Jeanty, and it was a followup to their acclaimed 2007 graphic novel The American Way. The original dealt with the creation of a team of ’60s superheroes called The Civil Defense Corps, each with special powers but also a specific ethnic makeup designed to make segments of the American population feel safe and represented.

The film will focus on issues of racism and integration, topics which were tackled in the original The American Way.  Stay tuned to BlackSci-Fi.com for more news about the upcoming project. 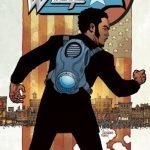 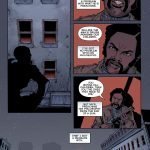 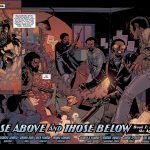 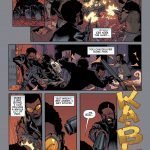 Article Topics: blumhouse | get out | john ridley | the american way