It’s time. Issue 02 is coming to Kicktarter on Aug 28th. If you enjoyed the tense series opener in Issue #01, we hope you’ll stick around for what comes next. 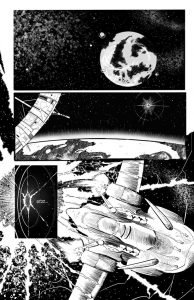 LIEUTENANT TAK and his hand-picked squad of Space Marines are the best in the quadrant.

But the Colony Wars have raged on for over a decade and these battle hardened soldiers have no plans to die for propagandized corporate interest.

Their most recent mission brought them to a colony on the farthest reaches of the Galaxy.  It’s a part of the Galaxy where someone heard there’s an unexplored “Goldilocks” planet hiding nearby.

Lt. Tak and his team unanimously decided to complete the mission by rescuing a group of prisoners, abandoned on an enemy-occupied planet.  When intelligence revealed that the prisoners were comprised of doctors, engineers and scientists the plan evolved to include a trip to the Goldilocks planet.

Head here for more information about the Kickstarter campaign. 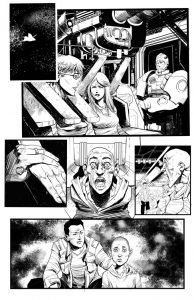