They trickled into the park in droves. Brown, beige, yellow (and yes…white), with glitter-streaked faces and decolletages, intricately piled and adorned updos, and outfits that ranged from mildly colorful to full-on, avante garde cosplay. This was the scene at last week’s Afropunk festival, and according to faithful attendees, it’s always been the scene since the inception of the groundbreaking cultural festival in 2005. But, while the pageantry has remained the same, many agree that there are some things about the festival that have changed forever, and arguably, for the better. 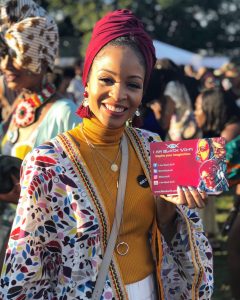 Perhaps the attendance of rising star Neelam, or acoustic pop R&B sensation Yuna brought out the Muslimah’s this past Saturday, but no one can argue that it wasn’t refreshing to see them out there slaying in full force.

Black and Brown love in Abundance 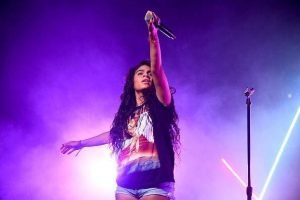 When the petite, raspy-voiced Jesse Reyez performed for hundreds of straight-faced onlookers–many who’d never heard of the Toronto native before she stepped onstage– she won the crowd by proudly claiming her Columbian heritage, touting the absurdity of the current administration’s immigration policy, and raging passionately against music industry misogyny in her performance of “Gatekeepers.” She also delivered her heartfelt ballad, “Sola,” in Spanish, reminding us all that we all know heartbreak and loneliness, regardless of our ethnicity, race, sexual orientation, religion, or gender.

This year’s festival belonged to the girls, boys, and everything in between. One of the main attractions at the festival (besides dreamy crooner Miguel, of course), could be seen just as festival goers entered from the Flushing Avenue entrance: non-binary bathrooms. That option, coupled with the brief yet repetitive, amplified monologues of nearly everyone who took the stage, reminded everyone in attendance that the Afropunk is a “safe space” and is, and always will be “for everyone.”

Check out the below photo gallery from our AFROPUNK Fest Brooklyn correspondent M’Shai Dash. 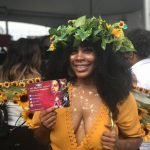 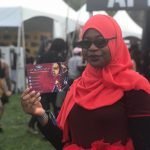 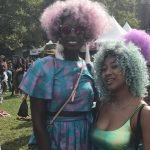 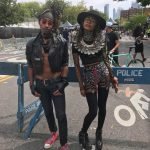 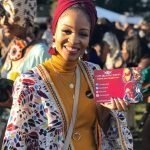