That Time STEM and Sci-Fi Came Together
0 Comments

On Sunday, March 11th, just hours after the East coast experienced its own time change for Daylight Savings, BlackSci-Fi.com sponsored a screening for A Wrinkle in Time. The event took place at the Riverside Theater where many families arrived with their children to watch Disney’s take on the beloved children’s book by Madeleine L’Engle. The audience was blessed with the high energy of Kennedy Allen aka Storm Tribble who was the MC of the event. Then, after the vibrant, fantastical, and often moving, movie; Lani Lou from “On the Job with Lani Lou” hosted the Q & A session with the Franklin Institute’s Chief Astronomer Dr. Derrick Pitts.

As the movie expressed how connected everything in the universe is, Dr. Pitts gave the audience an idea of just how HUGE the universe is! In the movie, Meg Murray (played by Storm Reid) must travel the universe to find her father who’d gone missing when he stumbled upon a method of traveling through space and time. With the help of Mrs. Whatsit, Mrs. Who, and Mrs. Which (played by Reese Witherspoon, Mindy Kaling, and Oprah Winfrey), Meg and her companions (little brother Christopher Wallace and friend Calvin) walk through wrinkles in time and land on amazing planets with interesting creatures (like the gossipy, flying flowers who speak color) and characters (like the Happy Medium, played by Zach Galifianakis). Even though Meg struggles with “tessering” her friend and brother are naturals at it. Dr. Pitts pondered the possibility of time travel with the inquisitive audience and tasked us to calculate how many planets there are in the universe. (I believe the consensus was 300 bajillion-gazillions…and counting.)

All-in-all the diverse crowd of women, men, and children…young and old…and of all races…enjoyed the movie with the uplifting message of believing in yourself and being kind, along with some pretty cool science-dropping. (Storm Tribble was happy someone could explain the dynamics of “lift” so matter-of-factly.) However, Dr. Pitts made the best movie/universe connection in reiterating how amazing it is that with all that there is in the universe, each and every one of us is unique and full of potential no one has a right to deny or diminish. 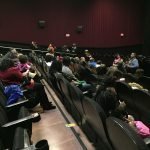 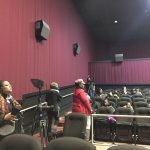 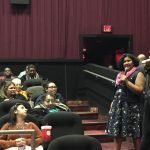 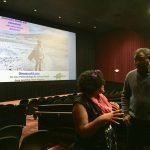 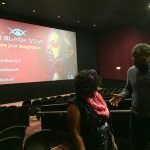 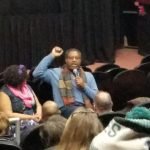 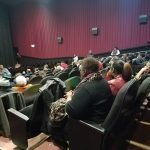 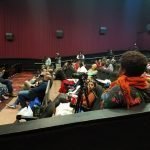 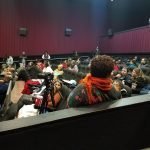 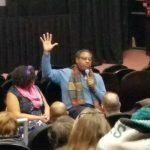 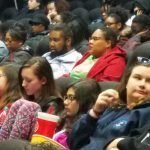 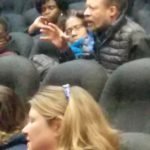 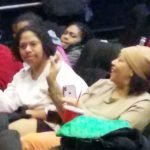 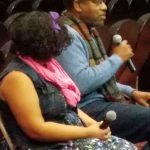 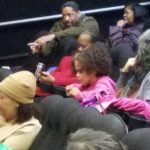 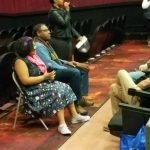 Tuere T. S. Ganges, a South Jersey native, writes in Baltimore, Maryland. She was a June 2009 recipient of the Archie D. and Bertha H. Walker Foundation Scholarship to the Fine Arts Work Center in Provincetown. Her fiction has won prizes at the Philadelphia Writers Conference; and has appeared in the Shine Journal, Flask and Pen, Milspeak Memo, Mythium Literary Magazine, Wigleaf, Fiction Circus, and a Pushcart Nominated piece in Referential Magazine. Wilted and Other Stories, her collection of short fiction is available as an ebook on Amazon.com. When she isn’t trying to keep up with her teenaged children, she’s trying to keep up with her teenaged students. And when she’s had enough of that she entertains herself with countless games of Word Hero and live-tweeting. Follow her on Twitter @tuereganges.