BlackSci-Fi.com, Teaspoon & Pound Media, and West Philadelphia Financial Services Institution (WPFSI) have teamed up to present “Our Time to Wrinkle: Celebrating Girls and STEM” on Sunday, March 11, 2018, at the UA Riverview Plaza Stadium 17 in Philadelphia, PA. The event will be hosted by Junior MC and “On the JOB with Lani Lou” host, Lani Kai. The event will feature a private screening of Disney’s “A Wrinkle in Time”, followed by a special conversation with all-star astronomer, Dr. Derrick Pitts. 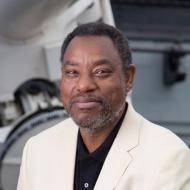 Dr. Derrick Pitts is Chief Astronomer and Director of the Fels Planetarium at The Franklin Institute and has been an integral part of the Institute since 1978, designing and presenting many of the Institute’s public programs and exhibits. His signature planetarium shows have been viewed by millions in planetariums around the world. Pitts serves as a scientific consultant to many organizations, and he has written numerous astronomy columns for newspapers and national magazines. He regularly appears on major international television networks, including the BBC, CBS Morning News, PBS, and various late-night talk shows, as a science content expert.

Upon the recent success of Disney’s blockbuster film, “Black Panther”, it is becoming increasingly apparent of the importance of representation in film, especially as it pertains to people of color. “A Wrinkle in Time”, directed by Ava Duvernay, is the first feature film directed by a Black woman with a budget over $100 million. The screenplay was written by Jennifer Lee and is based on the 1962 novel of the same name by Madeleine L’Engle.  The film centers on “Meg”, a young African American girl, who after learning her astrophysicist father, “Alex”, is being held captive on a distant planet, embarks on an exoplanetary mission with her highly intelligent younger brother and classmate in tow to rescue him. “A Wrinkle in Time” boasts an all-star cast that includes Oprah Winfrey, Reese Witherspoon, Mindy Kaling, Gugu Mbatha-Raw, Michael Peña, Storm Reid, Zach Galifianakis, and Chris Pine. 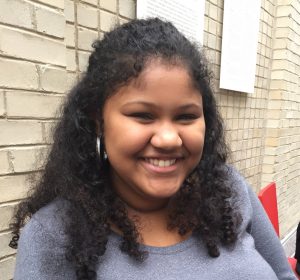 photo: Lani Kai On the JOB with Lani Lou

In recent years, there’s been a major push to expose more young girls, especially those of color, to science through STEM, an acronym for science, technology, engineering, and math. When asked why STEM education is important for girls, Lani Kai says “Everybody knows that girls are sugar and spice and everything nice, but what they don’t know is sometimes they like science and stars and everything Mars!”  She also explains why “A Wrinkle in Time” is a must-see for girls, saying, “Who doesn’t like planets and witches and powerful leading women?!” “Our Time to Wrinkle: Celebrating of Girls and STEM” will serve as an opportunity to educate young girls about STEM through film and information, and inspire their imaginations.  Each attendee will receive a commemorative t-shirt and swag bag during the event.

Tickets can be purchased online via Eventbrite at https://ourtimetowrinkle.eventbrite.com/ for $25.