Some women in STEM  have challenges that some men in STEM will never know. Even though women struggle more than men, we know everyone still struggles in this difficult field, and depending on where you go to school, you may not be able to get all the help you need.

Reshawna Sampson, 20, a junior majoring in Computer Science at Towson University shares her story of her journey of being a woman in STEM. 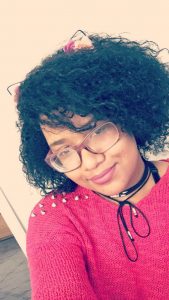 “I have had a few challenges being a woman in STEM. One of the biggest challenges I have faces are that there aren’t as many females in my major when I started. I started a little more than two years ago, and not having other females made it difficult to make friends. I had some trouble connecting with the males in the major. Now, I see more females joining the computer science major, but there still isn’t nearly as many females as there are males. It would only be about three to five girls in my classes if that.”

At Towson University, the average class size within a major is between 15 and 20 students.

“One good thing is that the professors and students are very inclusive. Even though Towson is a PWI (predominately white institute), it is a somewhat diverse campus. It was a big culture shock for me. I came from a high school in PG county (Prince George’s County, MD) that was predominately African/ Caribbean and Hispanic. But even through the diversity, I haven’t personally experienced anything out of the ordinary.”

“I think there are so few women in STEM because society has engrained in us that anything science or math or technology related were for men. I think this makes it a difficult mindset to break away from.”

Unless you were taught the skills needed for STEM areas in high school or by others who already know the skills, it is not taught at Towson.

“Being at Towson, I have had to teach myself a lot of the skills needed for classes. Not all classes offer tutoring either.”

“Some of the challenges I am having, I think I would still be facing these challenges as a male. We all have the same issues and same struggles. We help each other a lot.”

When Sampson graduates from Towson, she wants to get a job or internship doting web development.

“A word of advice I want to give any woman considering going into any STEM branch is to tough it out. Trust me it will be worth it. Don’t be afraid to ask for help because in this field, you’d be surprised at how many people are willing to help you.”

Diamond Ward is a student at Towson University majoring in Mass Communications, with a concentration in Journalism and New Media, and a minor in Applied Adult Disabilities Studies. She is from the Washington D.C./ Maryland area and loves things food, music and art related. You can find out more about her and all of her social media on WordPress.