Summary: BOSS is a film short written, executive produced, and cast by Joseph R Wheeler III who stars as The BOSS. BOSS is the tale of a mystical Artist leader and his team of fellow creatives facing the challenge of symbolic disruption in forms of anti-progressive social media, political, and pop culture chaos. Directed and co-produced by Lamont Gant /Creative Genius Films. 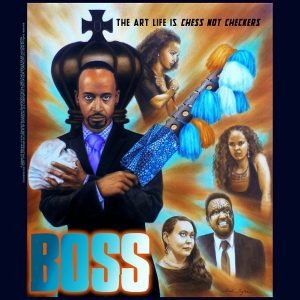