Hello and welcome to Blacksci-fi.com’s coverage of the Electronic Entertainment Expo. or what industry folks call E3. This is arguably the biggest conference for the video game industry, and all the major players come ready to announce upcoming projects, games, and hardware that further consumer excitement and set media buzzing with all the goodies that are coming soon. Sit back and relax, while BSF gives you the relevant geeky news comes out this week. Next up on the list: Bethesda.

Bethesda comes to E3 with already known commodoties. Rage 2 was accidentally leaked by Walmart several weeks ago and Fallout 76 had already been announced. Yet these two games have had little released about them in the way of detail. We will cover those games and also highlight some of the other annoucments as well.

Ok let’s be honest here. Bethesda is most known for two properties, Elder Scrolls and Fallout. It could be argued that no publisher has done more with a particular brand, let alone two of them. Fallout 76 is the newest iteration in a long line of beloved games. It follows a similar storyline to previous titles where the main protagonist emerges from a vault years after nuclear war devestated the landscape. But that is where the similarites end.

Fallout 76 is four times the size of its predecessor, Fallout 4, and is based on a real life mapping of West Virginia. The open world is now always online with other real players now moving across the same landscape as your character. However, it is not a massive multiplayer experience, as only several dozen players will be in your world at any given time. The building mechanics make a return as well, as settlements can be built anywhere on the map. And if you are having troubles with you neighboors next door? Nuclear missles are available in hidden caches and launch codes are able to be found. The Megaton explosion can indeed be recreated, but this time, you can use it to destroy your enemies…or play a horrific joke on your friends. Better yet, the game will be out November of this year.

Rage has been long acclaimed as having some of the best first person shooting mechanices in the genre. Seven years later, Rage 2 finally makes its long rumored return with even smoother gunplay showcased in the gameplay feature. Crazy enemies, frantic music, and a strange hybrid cartoony-realism give this game a clear distinct voice for the crowded Spring 2019 release season. 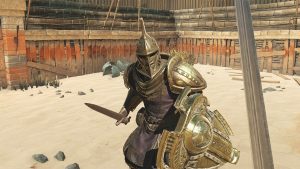 Elder Scrolls VI flashed across our eyes as a tease that Bethesda was working on, but Elder Scroll: Blades is where the substance in the universe was shown. A truly amibitious project, Blades seeks to unite gamers across mobile, tablet, and VR enabled devices in a world that players can build and fight with the same beautiful resolution and framerate that one can expect in the PC and console versions of the game. It is expected to launch later this year, but I for one am curious to see how paired down this will be to make it work on a person’s phone. If they can truly recreate the Elder Scrolls experience on mobile, this will be one of the hottest sellers for years to come.

The crowd reaction to the next Doom was crazy. The remake has been extermely well received by fans everywhere, but I have to question withholding of information here. Id Software literally came to the stage to tell the audience that if they want to know more that they will have to wait until QuakeCon in Novemeber for the big reveal. Still, a big game like this just shows how many heavy hitters Bethesda has in its upcoming lineup. 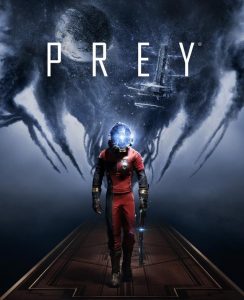 What a great presentation by the Prey team. They revealed two expansive new modes, one of which is available right now, and they are adding in VR support later this year.

Wolfenstein: Youngblood has also been revealed as a 2019 title. This game will follow the twin daughters of the previous games protagonist, and in doing so will be a co-op title.

ARGH!!! I can’t stand that they just threw some text and music on the screen for Elder Scrolls VI and said they are working on it. I know this show was all about Fallout, but just leave the sequel to Skyrim unmentioned.

Bethesda stole the show with Fallout 76’s showcase, and that collector’s edition pack is killer with the inclusion of a wearable Power Armor helmet. I’m such a sucker for that kind of stuff.

That concludes BSF’s coverage of Bethesda. Stay tuned throughout the week for more updates.