Hello and welcome to Blacksci-fi.com’s coverage of the Electronic Entertainment Expo. or what industry folks call E3. This is arguably the biggest conference for the video game industry, and all the major players come ready to announce upcoming projects, games, and hardware that further consumer excitement and set media buzzing with all the goodies that are coming soon. Sit back and relax, while BSF gives you the relevant geeky news comes out this week. Next up on the list: Sony.

Sony is comfortably in the driver’s seat in their decade long battle against Microsoft for console supremacy. Their lineup of exclusive games trumps the current generation offering of Xbox One by lightyears. Have the kings of the industry grown too complacent, and grown content with their victories in the early battles? Or are they relaoding with a game lineup that will reassert dominance over the up and coming Xbox team? Let’s take a look at the recap.

The Last of Us Part II

Naughty Dog has done it again. This trailer gives the public exactly what it wants with their trailer for The Last of Us Part II. We get emotional reintroduction to Ellie as a young adult, awkwardly flirting and kissing her girlfriend on the dance floor. Then we are thrust into the dark wilderness as she fights her way through enemies. This segment shows off the visceral, gritty cinematic moments as Ellie struggles for her life against this group of people who are trying to kill her. It feels like a movie, but when the visual cues for weapon selecting come up, one remembers this is really a videogame with amazing graphical quality. The Last of Us Part II looks to be an amazing addition to Sony’s lineup and will look to be able to fill its predecessor’s shoes.

Anyone who says that video games are not art needs to watch this trailer. Ghost of Tsushima looks like a movie. The way the wind blows across the landscape. The beautiful flutes and strings in the orchestra that flow in tune with the beat of the horse’s gallop. The fighting and violence works in harmony with these senses, and the music changes and a storm moves in towards the climax of the gameplay trailer, when old friends must face each other for a final time.

With all of the new games on display, I am pretty sure this game got the biggest cheers of the entire showcase. The remake of fan favorite Resident Evil 2 was very slick in the way it presented itself, but expect countless undead, jump scares, and intense over the shoulder shooting action when it comes back next January.

Spiderman 2 is one of my personal favorite games. I remember the sense of swinging around New York being one of the best tangible video game moments ever. If only the rest of that game was decent…well hopefully Marvel’s Spider-Man will be what we had all been seeking from the game back then.

Looking at the gameplay demo, this Spiderman seems to be more in line with the Batman: Arkham Series of games, complete with Spider-gadgets and sneaking stealth play modes. Still, at the end of the day, Spiderman needs a good foil, and hoepfully the Sinister 6 will live up to the hype show in the trailer.

Death Stranding is thoroughly confusing to watch, and at some points is uniquely uncomfortable. I understand the weirdness is what is appealing to many people, but for me, its just Daryl walking around without his crossbow in a weird setting with dead people…that happens to not be the Walking Dead. Kojima will probably prove me wrong because he is brilliant, but until then it feels too disjointed for me. 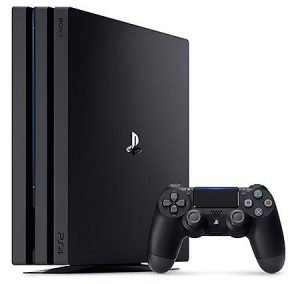 Shaq Fu is back! No seriously…they made another one.

Nioh 2 got way outclassed here by Ghost of Tsushima. Looks like there’s a newer, better, cooler samurai on the block.

Sony’s presentation felt very underwhelming this year. The quality of the games that were shown was top notch, but shouldn’t there have been more here?

That concludes BSF’s coverage of Sony. Stay tuned throughout the week for more updates.