The Flash. Quicksilver. Professor Zoom. Super speed is one of the famous powers within comic book lore, and Lion Forge Comics has introduced its own speedster by the name of Accell.  Accell Vol. 1: Home Schooling is made up of two parts called Home Schooling and The Event, which are made by two different creative teams. Will Lion Forge take this new character and race him into the pantheon of great heroes or will he crash and burn before even getting across the starting line?

In Home Schooling, Daniel dos Santos is a hero without the background baggage. He likes to play video games. He has a steady girlfriend Monica who loves him dearly. In fact, it seems that his super speed is known by a few people and Daniel doesn’t really go out of his way to hide it. The arch villain at the beginning of the story really has no agenda other than the fact that he doesn’t like Daniel. The first part of this story provides little depth into the main hero and the world around him.

I liked the lightness to this version of the story. Accell is a breath of fresh air in a comic book world filled with morbid plot points and stoic dialogue. The artwork in the first part of Accell is cartoony, with exaggerated lines and reality blurring colors that really flow well with the lighter tone. I found myself laughing at a couple of quasi serious plot points, and explained them away with the classic “why? Because…comic books” line. The first part of this graphic novel was genuinely fun to read.

The Event completely leaves the light tone of the beginning behind. It attempts to explain the events that led up to Daniel dos Santos getting his speed, without focusing on the main character for almost the entirety of this arc. The prologue is the only moment of the story that features our title character. It is choppy and hard to understand what is happening.

This section follows the story of Lorena Payan, a businesswoman who is trying to save the world from disaster. We learn to understand depths of this character in only a few pages, which is very different from the first part of the novel. She is a multidimensional character in a way that we never see in Daniel dos Santos. The graphic style here takes on a more realistic tone, with the artist specifically playing with light and dark and harsher angles within the panels. It adds to the darker tone of this story, and the twist ending will leave the reader wanting more.

When taken as independent stories, each writer and artist conveyed their goals relatively well. The problem is that each vision is so uniquely different, it’s hard to see how the puzzle pieces of Accell fit together. The contrast in art is so striking that I thought I was reading a different book. And therein lies the problem. The perspectives that were presented in Accell Vol. 1 are so incongruous that there is no room for middle ground here.

Lion Forge will need to decide on a direction for this character. Will it be light and airy or brooding and dramatic? I clearly preferred the Home Schooling vision for Accell that doesn’t take itself too seriously. There are too many comic books like The Event and I would love to see more throwback fun in the comic book world. Ultimately, it will be up to the reader to decide. I recommend running as fast as you can to pick up Accell Vol. 1: Home Schooling. 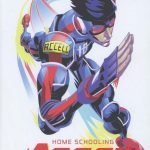 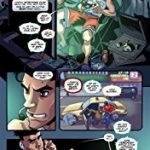 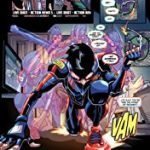 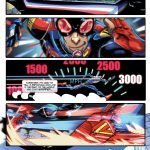