In our continuing goal of highlighting BlackSci-Fi and contributions by creators of color across the various creative spectrum’s, we here at BlackSci-Fi.com are going to highlight some awesome Kickstarter, IndieGoGo, and GoFund Me campaigns you might want to donate to. Check out the below campaign, and spread the word. Check out our review of Crescent City Monsters here.

Crescent City Monsters is a neo-noir story about Jonas, a sorcerer and blues musician, who has grown up in the supernatural and musical world of New Orleans. Chapter one starts in 1963 on the exciting night of Jonas’s first paying gig. Unfortunately, on this night, Jonas’s world turns dark when power hungry monsters of New Orleans betray him. There’s a bounty on Jonas’s head and the monsters are out to collect. Bursting with the energy of Creole Magic, Jonas battles for his life against the dangerous Crescent City monsters. Jonas will destroy who threatens his life and the people he loves, but there’s an unknown force trying to make sure Jonas doesn’t survive the night.

TRY BEFORE YOU BUY: READ THE WEBCOMIC AT DREAMFURYCOMICS.COM
26 PAGES OF GORGEOUS BLACK AND WHITE ARTWORK
BONUS CONTENT
YOUR NAME ON THE THANK YOU PAGE
PRINTING ON GLOSS PAPER TO MAKE THE ART POP

WHY DID I CREATE THIS STORY?
I’m a big fan of dark and gritty stories. Stories about extraordinary people facing horrible situations and the choices they make. Stories like that have always grabbed my attention, so I wanted to create a story with a supernatural neo-noir feel. Also as a Haitian-American, I wanted to create a story that combines the supernatural world of New Orleans with the rich cultural Haitian Voodoo lore. It’s a fantastic mix.

WHY KICKSTARTER?
Kickstarter is great for creators like myself who need access to funds and fans for their awesome projects. I’ve been a Kickstarter backer since 2013 and I love the platform. I’ve backed 87 projects so I’m familiar and comfortable with the platform and how it works. After I backed my first successful Kickstarter comic book campaign, I knew I wanted to print my first comic book with the help of the Kickstarter platform. I want to be part of the group of awesome comic books that got its start with Kickstarter.

WHAT WILL THE FUNDS BE USED FOR?
The funds will be used for printing the complete chapter one webcomic. This campaign has a goal of $2,070. That whole amount will go towards printing the comic book. If we raise more that will help us cover Kickstarter fees and other expenses along the way.

Head here to learn more about the campaign. 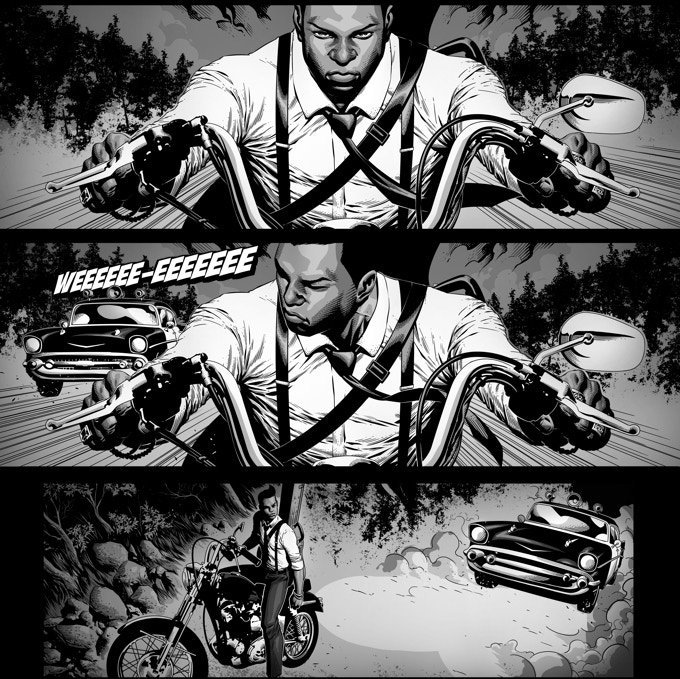