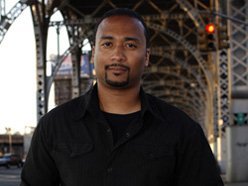 From the author’s website: “Steven Van Patten is a Brooklyn native, raised in Fort Greene. After graduating from Long Island University’s Brooklyn Campus on a full scholarship, he pursued a career in television production. When he’s not writing scary stories, he can be found stage managing various TV shows in the New York area.

As a child, Steven couldn’t help but notice a lack of cultural diversity in the horror and sci-fi movies that he otherwise loved. There was also little character development where people of color were concerned. After being disappointed time and time again, Steven decided to bring his own visions to life. As an adult, he studied over historical research night after night, and traveled to various locales around the globe in order to give his stories a proper sense of worldliness. The end result is the Brookwater’s Curse series, three (soon to be four) novels focused on the odyssey of Christian Brookwater, an 1860s Georgia plantation slave who becomes a monster-slaying vampire residing in modern day New York.

The rights to his tomes have changed hands a few times, but as of the summer of 2014, they are currently back with their author, under his company, Laughing Black Vampire Productions.

After receiving much praise and a few literary awards, Steven was accepted into The Horror Writer’s Association in 2014 and has joined them at various literary events, reading from his works and occasionally acting as the deejay. If he weren’t busy enough, he’s splitting his time participating in sketch comedy shorts, short films, plays and guest appearing on podcasts where he openly discusses nerd culture, the supernatural, and how writing his books has changed his life for the better. In 2016 he started his own podcast, Beef, Wine and Shenanigans with like-minded writers Marc L. Abbott and Kirk Johnson.

The novel Killer Genius, Steven’s reimagining of the serial killer genre, was released in late 2015 through Evil Jester Press and was nominated by The African-American Literary Show Award for Best Mystery/ Suspense Novel of 2016.

Steven is easily found on social media platforms like Facebook and Twitter, under either his name or the Internet moniker @svpthinks. His books are available on most digital platforms.” 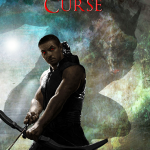 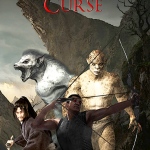 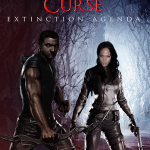 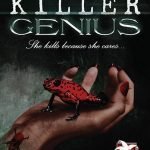 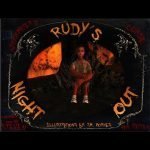