An Interview With Blacktasticon Guest of Honor Linda Addison
0 Comments

On June 16-17 Blacktasticon will be held in Atlanta, GA at Georgia Tech’s Ferst Student Center. The convention will be a two day celebration of black speculative fiction, and an opportunity for fans to partake in all that the contributors to the genres of sci-fi, Afro-Futurism, Steamfunk, fantasy, and horror have to offer. BlackSci-Fi.com will be featuring the guests of the events on our website over the next couple of weeks leading up to the convention.

Today we begin with interviewing one of the events’ Guests of Honor, Linda Addison. From her bio, “Linda Addison born in Philadelphia, PA is an American poet and writer of horror, fantasy, and science fiction. Addison is the first African-American winner of the HWA Bram Stoker Award®, which she won four times for her collections Consumed, Reduced to Beautiful Grey Ashes (2001) and Being Full of Light, Insubstantial (2007) and How To Recognize A Demon Has Become Your Friend (2011) and Four Elements (2014). Linda was recently announced the winner of the the Horror Writers Association Lifetime Achievement Award.” 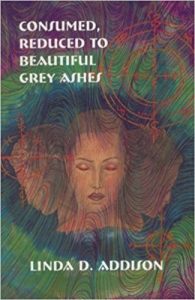 BlackSci-Fi.com: How does it feel to be one of the Guests of Honor at this year’s Blacktasticon convention?

Linda Addison: I’m beyond thrilled to be honored at a Black SF convention. I started going to conventions in 1995 as an attendee and for many years there were less than a handful of Blacks attending and even less as guests. I first met Tananarive Due in 1997 when her novel, My Soul to Keep, was on the Horror Writers Association (HWA) Bram Stoker final ballot and it was wonderful to see her as a guest.

I was a Guest of Honor for the first time at World Horror Convention (WHC) in 2005 in New York City. 2015 WHC in Atlanta, GA was the first time there was a panel on diversity and I wasn’t on it!!! I was so delighted to sit in the audience and enjoy the discussion from a panel of Black authors, many who were FaceBook friends that I met for the first time at that convention. It was a wonderful!

In 2016 I was a presenter at AstroBlackness: Planet Deep South at Jackson State University which had a majority of Black presenters and attendees! I was interviewed at that gathering for the Black Speculative Arts Digital Archive (online at YouTube: https://www.youtube.com/watch?v=yVUw54RZSa0). 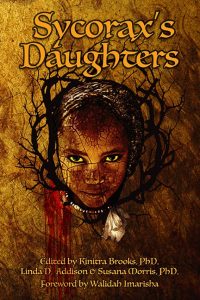 BSF: What are you looking forward to most from the convention?

LA: Where to begin, the organizers have so many great events planned: panels on Sword and Soul, Steamfunk, Cyberfunk, Afrofuturism; Black Speculative Fiction books, comics, art, cosplay and more. The vendors room is probably going to make my budget cry at the books, art, comics, etc. available. I’m looking forward to meeting the media people that will be there, like Jazzy Ellis (stunt performer, actor, activist and healer), and Abongo Humphrey (who played Chief Amachi in Marvels’ Black Panther Movie).

Besides that it’s going to be great to see friends again like Sheree Renée Thomas, John Jennings, Brandon Massey, Kenesha Williams, Valjeanne Jeffers, Nicole Givens Kurtz and meeting folks in person that I’ve only had contact with through social media.

BSF: What would you say drives you the most when it comes to your writing?

LA: I’m a professional day-dreamer. I was that child who teachers said would do better in class if I didn’t daydream so much. Writing comes to me constantly as characters, story lines, dialogue, prompted by what I hear/see /feel around me. For fiction I’m driven most by characters who have literally waken me up and yelled at me to tell their story.

Poetry will start singing in me from just a few words overheard, a line in a movie/song/book. I’m always writing down words, lines, images which I return to later and build into stories or poems.

I tried not writing for a few months more than thirty years ago, thinking it wasn’t the thing for me to do, and you couldn’t have met a more miserable person. That’s when I realized I would be writing to my last breath whether I sold it or not. I accumulated a lot of rejections before my work was published regularly.

I would say I have to drive myself to not write more than anything else. 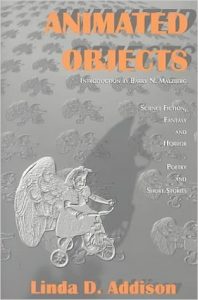 BSF: You hold a place of importance in the horror/ fantasy fiction poetry community. From your perspective, what would you say is the current state of creators of color in this field?

LA: I started submitting my work in 1975 to speculative magazines and there were so few Black writers being published. Although there are more Black writers, artists, creators today the field has much more work to do before representation is balanced.

In the last few years there has been more discussions in traditional speculative publishing about how to present work that reflects more diverse voices. As the people who edit/conceive of books become open to storytelling that’s from other cultures’ point of view these stories will be included in anthologies, magazines and books being published.

There has to be a purposeful effort made, because humans have a habit of doing what they’re used to doing. Publishing outlets have to be conscious of going outside their comfort zone, their staff need to include editors and readers that come from a variety of backgrounds.

An example of a productive way to be inclusive is The Twisted Book of Shadows anthology edited by Christopher Golden and James A. Moore (Twisted Publishing, a Haverhill House Publishing imprint) which is paying professional rates. They stated early in the submission process that they wanted to encourage submissions from everyone, including marginalized communities (black, women, LGBTQ, etc.). Their solution was to create an editorial committee that was a mix of these communities and use blind submissions program (stories that will be read by the editorial group without the author’s name attached until they are selected). 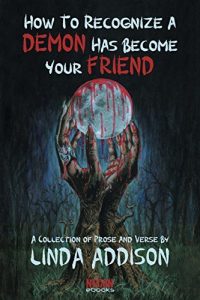 I’m on the HWA Diverse Works Inclusion Committee which creates a monthly column, The Seer’s Table, for the membership newsletter. We write-up creators, writers and editors in the horror field using the broadest definition of the word diversity to include gender, gender identity, race, ethnicity, and sexual orientation, etc. Since the column started in 2016 we’ve introduced over 130 creators to the membership that they might not have even heard of before. There’s no connection between the column and the awards given by the HWA.

The creation of conventions like BLACKTASTICON (SOBSFCon2018), AstroBlackness and so on, allow the Black speculative community to highlight creators and share their work with the public.

Older conventions like DragonCon are adding Diversity in Speculative Fiction tracks, HWA StokerCon has panels on representation of different cultures in horror, etc.

As I mentioned, it’s more balanced than it was years ago, but there’s more work to do. 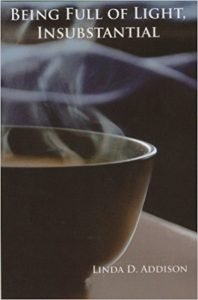 BSF: This event will be a two day opportunity for fans of black speculative fiction and fantasy to meet some if its biggest and best contributors in person. What would you want for visitors to take from meeting someone like yourself?

LA: I’ve always enjoyed conventions because I get a lot of energy and inspiration from others. I believe everyone is the hero of their life and I love finding out what other people are doing (or want to do) in their lives.

I hope that I can inspire, in some way, someone who wants to write speculative by being myself as an example that anything is possible. No matter what the audience is that I’m talking with I want to represent a human being who’s true to themselves and creating work that is uniquely me, as a way to say to others—you can do the same.

BSF: Can you give our readers an idea on what you have coming up in the future?

LA: I’m excited about finishing a SF short fiction collection that takes place in a future I created in a story years ago (“When We Dream Together” from Genesis: An Anthology of Black Science Fiction). It won’t be out this year, but I’m having a great time writing it.

November 1 to 4, 2018: I’ll be Toastmaster at World Fantasy Convention (WFC) in Baltimore, MD which will be a lot of fun. Besides opening ceremony and running an Open Mic, I’ll be popping up here and there at the convention.

November 9 to 11, 2018: I’ll be on panels and running an Open Mic at TusCon, a SF, Fantasy & Horror Convention in Tucson, AZ. I’ve been going to this convention for four years and totally enjoy it. The primary focus of TusCon is science fiction, fantasy and horror, but they also pay attention to art, animation, science, media and gaming.

Folks can check my site for other news at: www.lindaaddisonpoet.com