It is beyond exciting that the movie Black Panther has done so well at box office for multiple reasons, including the image that is being portrayed to our young people that we are more than slaves, more than thugs, gang bangers. or criminals. It is a milestone for directors of color to have the chance to show their vision and abilities through mainstream films and that in itself allows for actresses and actors of color to be more than just “the black friend” or “token negro.” However, the true advantage of this film is that it opens the door for indie comics of color to be considered and supported by more than just the black hard core nerds. 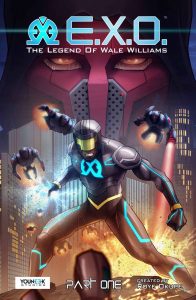 E.X.O The Legend of Wale Williams, published by YouNeek Studios.

There have definitely been creators that have been producing indie comics that have been making waves in their own rights, yet they have never really been able to cross that aperture to mainstream. Black Panther is proof that there are writers, artists and creators that have what it takes to make something that can make money and assume a following. Now it is public knowledge or should be that the character Black Panther was written and developed by two white men, Stan Lee and Jack Kirby who for what they were; non-black developers, had done a great job with his existence and origins, yet it was not until Christopher Priest completely reinvented the Black Panther character in 1998 that the character was being catapulted front and center. This was well needed and so far overdue that it was inevitably going to be a successful change for the character and his story. 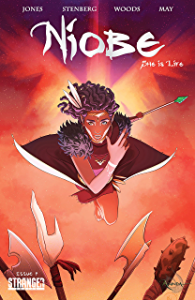 Sure there are superheroes of colors that have been around such as Blade, Spawn and Cyborg, but there was not a time when these characters were at the forefront of a movement like we are experiencing today. The movie is what appears to be just the first wave of the “Black Excellence in Comics Movement”, if you will.

The opportunity that can be extracted is that people of all races may now be curious to see into the minds of those creators that have been able to make their marks in a small and closeted section of comics.

People in the black comics indie section are like the bench players on a team that you know are talented, but have not been given the chance to show what they can do and when they do get out there, they change the game or become some of the greatest to ever do it.

Black Panther is  for some die hard black Marvel fans, a dream come true, while for other it is the spark that leaves us craving more black superheroes and for those who were not aware that there are creators such as Marcus Williams and Greg Burnham with their comic Tuskegee Heirs, Robert Garret and N. Steven Harris with the series Ajala , The Invention of E.J. Whitaker the Gibbs sisters with their recently Glyph Comics Award nominated work . 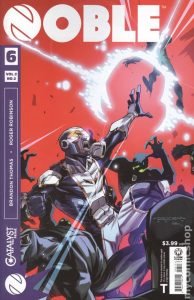 The success of Black Panther is enabling what some may call a “Black Indie Comic Renaissance”. There are more people; especially the younger crowds now actively seek more comics by people of color. The fact that the younger crowds are not limited to just Marvel and DC comics anymore and are looking for things that are interesting and compelling regardless of who published it, is exactly what indie creators need. With that being said there are so many creators that are able to provide these comics that like Amandla Stenberg and Sebastian Jones (with art by Ashley A. Woods) with Niobe: She is Life, or how about Route 3 by Robert Jeffrey II. Also can’t forget such Lion Forge titles as Superb by Sheena Howard and David Walker, and Noble by Brandon Thomas.

The list is endless. Indie Publishers like Image Comics, Valiant Entertainment, Boom! Studios, YouNeek Studios, Stranger Comics, 133 Art, Evoluzione Publishing, Arclight Comics, Short Fuse Media, Lion Forge Comics and many more are making that possible at a record pace. The success of Black Panther is just it is going to take to open the portal to a place where Black superheroes are the norm just like you and me. Now with so much more respect and recognition, they will continue to grow and change the lives of both the readers and the masterminds behind them.