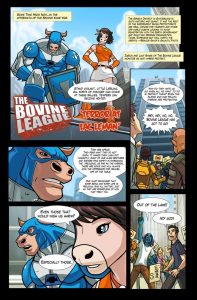 SOME TIME FROM NOW …

The Bovine League are genetically altered super-powered cows that represent multiple Cantons in Switzerland on future Earth. The germination of the idea came from a vacation that I took to Switzerland where I noticed how much respect cows are given there. Flash forward a few years to when I was attempting to come up with a new superhero team and I immediately thought of the cows. Thus was the beginning of The Bovine League. I’ve already produced The Bovine League preview issue #0 out of my own pocket to show proof of concept. The Bovine League #1 will be an all-ages, 32-page full-color comic, the first of a six-issue mini-series. We need these funds to pay the artist, Cristian Alaminos, for his dynamic work and for printing and promotion of this first issue. 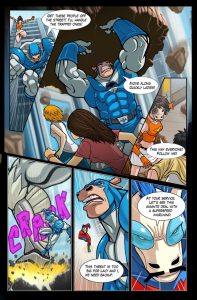 Head here for more information about the campaign.