Stealth has been in development for over a year with the actual Publisher of Short Fuse Media Group, Sean Mack at the helm writing the plots along with series creator William Satterwhite churning out the dialog. After a ton of work going into this project Stealth is finally ready to take center stage as the newest addition to our stellar superhero line up of titles spearheading our Red Band division of titles.

Stealth follows the story of Allen White as he navigates Terminus City as a school teacher by day attempting to educate the youth on real life issues and why those real life issues should matter to them. However, by night, Allen provides an entirely different education to the underworld and evildoers of Terminus City as the vigilante hero known to the public as Stealth. 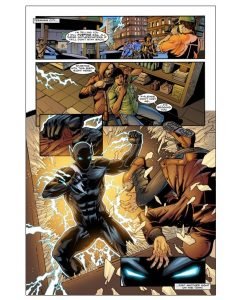 So why are we bringing this project to Kickstarter? The short answer…we need the funding to continue to produce and print these books! The long answer….we LOVE being a part of the RESPONSIBLE Kickstarter community that commit to delivering new and AWESOME projects to our supporters within the community. And to be quite honest, we feel that this title fills a much needed void in regards to diverse content on our roster as well as in indie comics overall, similar to how the newly released Black Panther movie from Marvel Studios is filling a similar void in movie theaters.

For more details and to donate head here. 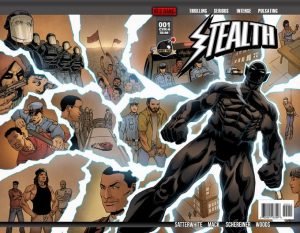